Chalk Up One For Pete Kolbenschlag 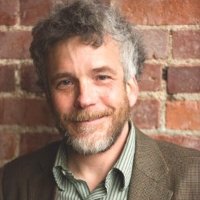 Gov. Jared Polis on Monday signed a bill slapping back at so-called SLAPP suits, like one a Paonia activist says was filed against him by an energy company…

Delta County District Court Judge Steven Schultz has ruled twice in favor of Paonia resident Pete Kolbenschlag in a libel case brought by SG Interests. The company sued over comments Kolbenschlag posted on a newspaper website about SG’s settlement with the federal government over alleged illegal bidding on oil and gas leases. In his second ruling, awarding attorney fees to Kolbenschlag, Schultz specifically found that the suit was frivolous and filed to retaliate against an industry critic, something SG Interests has denied. [Pols emphasis]

However, Kolbenschlag told the House Judiciary Committee in April that the suit remains a hardship for him in terms of finances, stress and time demands because it’s under appeal.

House Bill 19-1324 gives defendants in civil cases an expedited process to request a dismissal based on free exercise of constitutional rights to free speech and participation in public debate. Pete Kolbenschlag, a longtime contributor to this blog from Paonia, was sued by energy company SG Interests over a comment he made on a web story at a local newspaper. Kolbenschlag’s comment about SG paying over $1 million in an antitrust settlement related to bid rigging was correct, but the company sued Kolbenschlag for libel because their settlement allowed them to avoid formally admitting guilt.

This disproportionate legal response to a perfectly defensible comment on a news story is a textbook example of what’s known as a SLAPP–a “Strategic Lawsuit Against Public Participation.” SG Interests didn’t sue Kolbenschlag expecting to win, but their vastly greater financial resources with which to wage legal warfare on a private citizen could well have the effect of said citizen deciding further participation in debate over the issue just isn’t worth it. And the story of that person’s legal harassment serves as a deterrent to others who might follow their example.

This isn’t about getting rid of libel laws. But when a frivolous allegation of libel is being used to suppress free speech and that can be straightforwardly seen from the facts at hand, there needs to be a way to shut that suppression down. Otherwise constitutional rights become subordinate to wealth, which is a very bad thing.

Thanks to Pete Kolbenschlag, the little guy (in most cases that’s you) now has a tool to short-circuit a SLAPP.