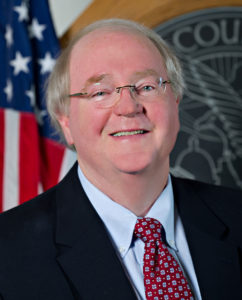 Denverite reports on another race-related faceplant by another conservative figure in always-entertaining Denver politics, this time Councilman Wayne New’s self-proclaimed ignorance of things he…well, calls himself:

City Councilman Wayne New said he was once a Dixiecrat, aligning himself with a racist splinter group of the Democratic party that opposed integration, during a District 10 forum Thursday night.

After challenger Chris Hinds questioned New’s politics, the incumbent responded, “This is a nonpartisan race and politics don’t enter into it and I don’t know why you’re bringing it into it so strongly. I’ve been a Republican, I’ve been a Democrat, I’ve been a Dixiecrat, I’ve been an independent now for six or seven years.”

On Friday, New, who is from Georgia, apologized in a statement. He told Denverite that he would not have used the term had he known what it meant.

“I feel like an idiot,” he said in an interview. “The only thing I ever knew about Dixiecrats is what my parents told me — that a Dixiecrat is conservative fiscally and cared about social issues. [Pols emphasis] I always thought it was so positive.”

Okay so, that’s not what a “Dixiecrat” actually is–or was, we say hopefully while unfortunately aware that the term and type are not completely extinct in Wayne New’s native state of Georgia. But for those who weren’t paying attention during this part of 20th Century American history class, the “Dixiecrats” weren’t really concerned with fiscal policy at all. What motivated the Dixiecrats was the single “social issue” of preserving racial segregation, and the desire by Southern states to fend off federal intervention in the Jim Crow legal framework that systematically oppressed African Americans.

If you didn’t already know the history of the Dixiecrats and the peak of their segregationist movement in the 1948 presidential elections, click here and let Google do the educating! It should be noted that Wayne New has changed his political stripes over the years the way most people change socks, switching from Republican to independent just months before his 2015 City Council campaign. But that only reinforces the moral of the story, which is that you really, really need to know what these terms mean before you use them.

Especially to describe yourself.