GOP Leader to Trump: Rally with Us When You’re In Town Next Month

With Trump set to speak at the Air Force Academy graduation in Colo Springs May 30, the vice chair of Colorado’s Republican Party is helping to organize an effort to convince the president to rally with local Republicans when he’s here.

A Facebook page called “Rally for Trump in Colorado,” states: “President Trump, we want to rally with you in Colorado! When you come on May 30th to speak at the Air Force Graduation, don’t forget us…you have great supporters here! ‘Make America Great Again’ is the Western spirit we live by in Colorado.”

Visitors to the page are encouraged to share it, comment, contact the White House,” and more. It has over 500 likes, including Steve Barlock, the former Denver Trump chair.

“Let’s get Pres Trump to rally with us in CO!!,” states a meme Burton posted on Facebook. “Like the page (in the comments) and post a comment or a pic in your MAGA hat!” 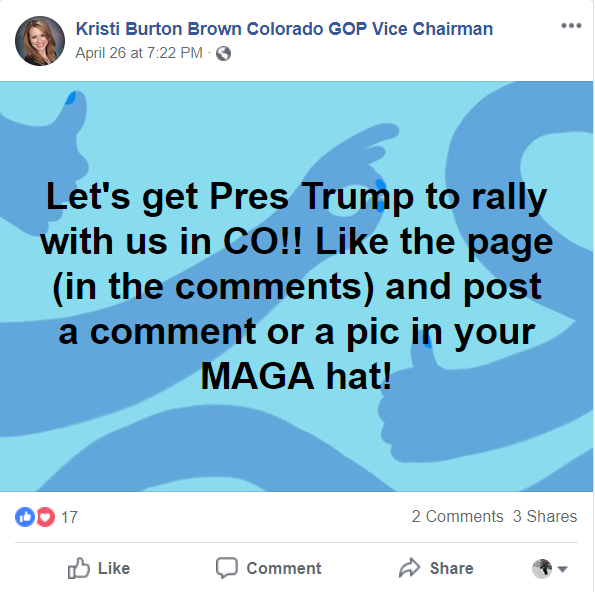