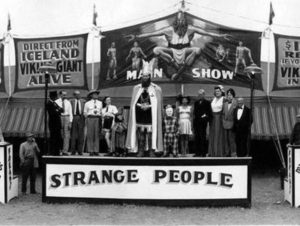 As the Loveland Reporter-Herald’s Hans Peter reports, another conservative activist with an axe to grind against Colorado Democrats is the winner of a big First Amendment settlement–this time a Loveland man who was stopped and briefly charged with disorderly conduct over homemade signs he displayed on street corners protesting against now-Gov. Jared Polis’ “perversity” in graphic terms:

Insurers behind the city of Loveland will award $70,000 as settlement in a First Amendment case brought by a Loveland man who carried a sign featuring mannequin buttocks, lingerie and criticism of then-gubernatorial candidate Jared Polis…

[Bob] Cluster sued Loveland after an incident in which Cluster was detained by Officer Heidi Koehler and Sgt. Phil Metzler June 29, 2018, according to a Loveland Police report. On that day around Cluster was holding his sign in front of Good Times Burgers at the southwest corner of East Eisenhower Boulevard and North Lincoln Avenue. Police reports indicate customers in Good Times had called police to complain about Cluster and his sign.

One side of Cluster’s sign read: “As governor, Jared Polis will be breaking old taboos & barriers and making us proud again to be Coloradans.” On the other side were the buttocks of a mannequin wearing underwear with the bottom cut out and a Polis slogan regarding a “bold vision.”

We have no interest in displaying photos of Bob Cluster’s signage on our site, but if you click through you’re welcome to view it at the Reporter-Herald. Suffice to say it’s as offensive as it is predictable. The attorney representing Mr. Cluster is Andy McNulty, the same lawyer who represented a Facebook troll who was kicked off of Senate President Leroy Garcia’s Facebook page–resulting in a swift payout of some $25,000 in taxpayer dollars to that plaintiff with McNulty pocketing his fees. In this case, there wasn’t any involvement by any targeted politician, of course, and the city isn’t admitting any civil rights wrongdoing in their settlement. News reports say that a local business called police to complain about Cluster’s sign and unpleasant demeanor on the street corner.

But just as with Garcia’s decision to boot a troll from his official Facebook page, the lesson is the same for the Loveland police: it’s never worth the blowback that results from suppressing political speech. The act of suppression inevitably results in more negative exposure than anything these people could do themselves with sidewalk antics and nasty Facebook comments. And in this latter case, letting some random crank exhibit his poor taste unmolested before the voters of Loveland has no political downside except to Polis’ opponents.

So let these people do what they’re going to do. If anything, get out of the way and take photos. As long as decent people still comprise a majority of voters, they’ll know how to respond.