Raise Your Hand if You Are NOT Running for U.S. Senate 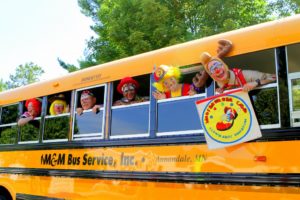 The Democratic field for U.S. Senate in 2020 hasn’t quite reached into the same clown car numbers as the 2016 GOP Senate field, but we’re getting closer with every week.

A few more Democratic hopefuls may yet join the 2020 Senate field in the coming weeks — former House Majority Leader Alice Madden is expected to announce her campaign sometime soon — but the sheer number of Democratic hopefuls may actually be pushing this race closer to a tipping point. Unlike Colorado Republicans, who can still be choosing between a half-dozen candidates in a Primary Election, Democrats traditionally congeal behind one or two top contenders. As we’ve said before, the likely Democratic nominee in 2020 still isn’t in the race yet.

Here’s how we’d break down the field as of mid-April:

♦ TIER 1: Joe Neguse, Ed Perlmutter, John Hickenlooper
The odds-on favorite for the 2020 Democratic nomination will likely come from one of these “big three.” None of the current candidates have the political gravitas — a combination of personality, policy ideas, and fundraising ability — that Neguse, Perlmutter or Hickenlooper can offer. It is unlikely that two of these potential candidates will run, let alone all three, so the first one in the pool will be the frontrunner.

♦ TIER 2: Mike Johnston
Johnston holds this spot by virtue of his $1.8 million fundraising quarter. Johnston won’t rise further unless he can convince Democrats that he has a higher ceiling than his third-place finish in the 2018 Democratic Gubernatorial Primary would indicate.

♦ TIER 3: Andrew Romanoff, Alice Madden, John Walsh
Each of these three candidates could eventually move up in the pecking order. Each could also be out of the race before the end of the year — none of them have a chance if any of the “Tier 1” candidates join the field.

♦ TIER 4: Dan Baer
Baer showed decent fundraising chops during his brief run in CO-7, but he’s otherwise nowhere close to the candidates above him on this list.

♦ TIER 5: Stephany Rose Spaulding, Trish Zornio, Lorena Garcia
Nobody on this list will impact the Democratic field one way or the other.

♦ TIER NOPE: , Dustin Leitzel, Keith Pottratz, Diana Bray
Good luck picking any of these people out of a lineup.