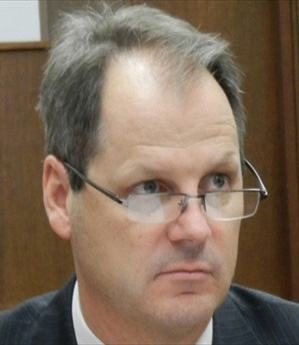 AP reports via the Colorado Springs Gazette on a lawsuit filed by the city of New Orleans, Louisiana against several oil companies alleging massive damage to wetlands that used to protect the city from flooding and hurricanes:

Mayor LaToya Cantrell on Friday announced the lawsuit, which alleges that pipeline work has caused massive damage to Louisiana’s wetlands and “threatened the safety of our people.”

“New Orleans has been harmed. … The land that’s been lost was a protective barrier defending us from hurricanes and floods. If the current trend holds, New Orleans will be a literal coastal city within the next fifty years,” she said.

It’s a newsworthy development but how does this affect Colorado, you ask?

Whiting Oil and Gas Corporation, a subsidiary of Whiting Petroleum Corporation, and Aspect Energy LLC, both based in Denver, also are among the firms named in the suit.

Both Whiting and Aspect Energy are local energy firms with deep political connections to Colorado. Whiting Petroleum’s Vice President of Corporate and Government Relations is none other than former Colorado Senate President Bill Cadman, who also ran GOP Senate “independent expenditure” campaign through his public relations company a la the Neville family’s Rearden Strategic and the 2018 House IE effort. In his position as VP of Corporate and Government Relations, we expect Cadman is intimately involved in the company’s dispute with New Orleans–and not on the side of New Orleans.

But don’t worry, Colorado! Coastal Louisiana might have been devastated over the course of decades by the oil and gas industry’s irresponsible development and at-best half-hearted remediation, but apart from the occasional house blowing up in Colorado…wait, never mind, that’s not a persuasive argument! Scratch that. We are a mile above sea level, which admittedly makes coastal flooding less likely. So, there’s that. We still get floods though, in the same places that oil companies drill…

On second thought, maybe Coloradans should be paying attention? Louisiana’s experience with oil and gas development is more relevant to the present debate than the industry’s surrogates in Colorado will ever admit.