Another Day, Another Democrat Sells His Soul To Big Oil 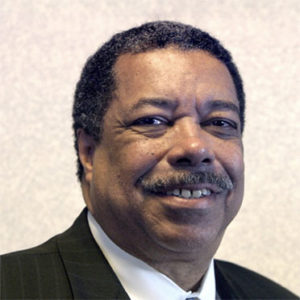 Last Friday, opponents of Senate Bill 19-181, the bill to tighten protections for local communities from oil and gas drilling along with other reforms, trumpeted another opinion piece from a well-known retired Democratic politician assailing the bill as both economically and politically injurious–published by the Phil Anschutz-owned Colorado Springs Gazette from ex-Denver Mayor Wellington Webb:

We live in a time when “big industry” is the enemy of the people. We put a tax on the soda industry; claim the oil and gas industry is ruining our state, and a company like Amazon is destroying small businesses. What we don’t talk about is the freedom of choice and the jobs that get lost in the crossfire.

Yet, no one can deny the human loss when businesses do not follow safety protocol. My heart goes out to Erin Martinez who lost her husband, Mark, and brother, Joey Irwin, in a home explosion in Firestone in 2017 because of an uncapped flowline. That is a real issue.

Another tragedy is the economic impact to families when people lose their jobs to extreme regulation. Colorado voters already told their lawmakers in November they don’t accept regulations that handcuff the industry and lose production to other states…

Now folks, the likening of Erin Martinez’s suffering after her husband and brother were killed in a preventable explosion caused by the oil and gas industry to job losses that may or may not result from Senate Bill 19-181 is crass enough to deserve its own mention. But beyond that, Webb’s contention that voters last November rejected anything like the bill currently up for debate in the legislature is simply not accurate. 2018’s Proposition 112 mandated 2,500 foot setbacks between new drilling and surface development. Senate Bill 181 doesn’t address setbacks at all–it gives local communities more control over siting decisions, changes the rules of “forced pooling” to stop unwanted appropriation of mineral rights, and gets the Colorado Oil and Gas Conservation Commission out of the business of “fostering” oil and gas development.

So, there’s that. But as he was quick to point out when former Sen. Ken Salazar came out against Senate Bill 181 last week, 9NEWS’ Kyle Clark identifies an even more basic problem with Webb’s deceptive stand against this bill.

Just like Salazar, Webb is being paid to do it. The American Petroleum Institute sits on the top line of the Webb Group International’s client list. Just as Ken Salazar’s law firm represents leading oil and gas producer Anadarko Petroleum, Webb is doing paid advocacy work, trading on his Democratic bonafides to lobby for opposition to a Democratic bill on behalf of a client.

And as we said with Salazar, the last thing any Democrat should do is reward this.