Billboard Near UT Border: “Welcome to Colorado, where you can get a safe, legal abortion” 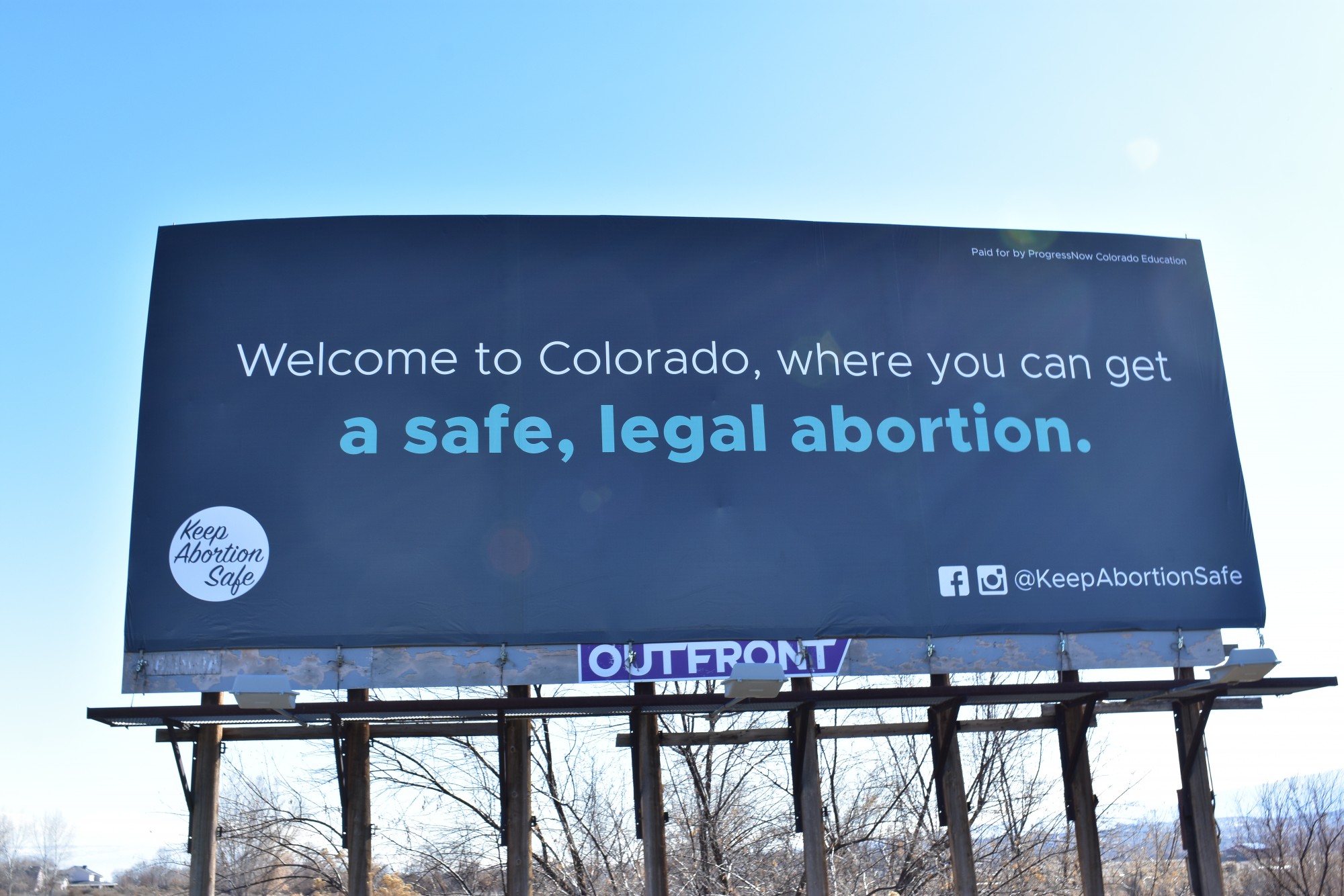 A new billboard facing west on I-70 near Colorado’s border with Utah reads “Welcome to Colorado, where you can get a safe, legal abortion.”

Paid for by progressive advocacy group ProgressNow Colorado and their Keep Abortion Safe project, the billboard highlights how women often must cross state lines in order to access abortion care.

“The goal of this billboard is to remind people coming from the conservative state of Utah that they are now in a place that trusts and allows pregnant people to make their own healthcare decisions for themselves and their families,” said ProgressNow Colorado’s Alex Ferencz in a press release.

While Colorado has few restrictions on abortion, it is surrounded by more conservative states where lawmakers have made it difficult to access the full range of reproductive care.

In Utah, not only are abortion providers sparse, with the only two located in Salt Lake City, but laws targeting the procedure require women to jump through extra hurdles to get the care they seek.

For example, a Utah law mandates that women seeking abortion care receive state-directed counseling that includes information designed to sway her decision, and then wait 72 hours before the procedure is provided. This necessitates multiple trips to the clinic, posing logistical and financial challenges to those who might need to take time off work, arrange child care, or pay for lodging if they don’t live near the clinic.

As I wrote in an article for Rewire.News published last week, Planned Parenthood of the Rocky Mountains serves a high volume of out-of-state patients along Colorado’s borders, and expects that number to rise as lawmakers in surrounding states continue to attack reproductive rights:

‘We’re anticipating the numbers who are going to have to travel to get to a provider will increase,’ said PPRM President Vicki Cowart. ‘We’re positioning ourselves to be part of the solution to deal with what we’re anticipating is going to be a public health crisis.’”