Coal Is Going And It’s Not Coming Back 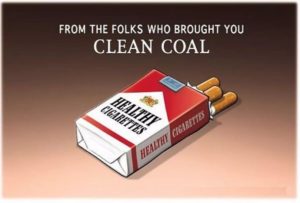 The Colorado Sun’s Mark Jaffe reports on legislation from Democrats in the Colorado General Assembly to provide economic relief to communities being negatively impacted by the transition away from dirty coal power to cleaner and renewable sources of energy–a transition occurring as both deliberate policy and now inexorable market forces as the price of renewable power drops below coal generation:

The Colorado Energy Impact Assistance Act — a bill working its way through legislature under the title of House Bill 1037 — would provide those funds and at the same time lower the financial impact of power-plant closures on utility customers, its sponsor says. The bill is awaiting a vote by the full House.

“Nucla is going to suffer tremendously from that closure,” said Rep. Chris Hansen, D-Denver, the bill’s main sponsor. “The status quo is unacceptable. It is a lose-lose situation.”

Democrats who represent communities for whom coal mining has been an historically important part of the local economy are keen to provide economic relief. The legislation would allow utilities retiring coal plants to obtain preferential financing for that process, and direct the savings into funds to soften the impact of plant closures on those communities. Seems like a straightforward proposition, right?

A similar Hansen-sponsored bill was passed by the House in 2017, only to die in the Senate, which was then controlled by Republicans. [Pols emphasis]

Not if you’re a member of the rapidly shrinking minority, a significant amount of which is on the payroll, who are still hoping to keep President Donald Trump’s campaign promise to “bring back beautiful clean coal” production from the present brink. Under this wrongheaded interpretation of events, the migration away from coal-fired electrical generation is solely the product of the government “picking winners and losers” in the energy market–not a plunge in the cost of both renewable and natural gas power or the fact that public polling shows overwhelming support for transitioning to renewable sources.

At the end of the day, trying to politically weaponize the demise of coal power is like seeking revenge for horse and buggy manufacturers being put out of business by the upstart automobile industry. For years, Colorado Republicans have pandered to this industry and its workers, giving them unreasonable hope that a declining industry could be restored to its former glory despite the world having passed it by. In 2016, Trump did the same dishonest thing to win votes in coal producing regions of the country.

At some point, and it looks like 2019 may be the year, we just need to do the responsible thing.