At Least He’s Not Your Mayor 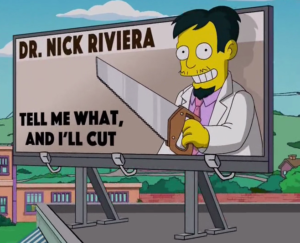 I’m barely a doctor AND a Mayor!

In another edition of a long-running series we like to call, “At Least They’re Not Your Legislator,” we take you to (of course) Florida. It seems that the Mayor of Port Richey is not only a quack doctor, but a quack doctor with an itchy trigger finger.

“I used to be up in the DC area. They had Marion Barry up there. This is Port Richey’s version. An individual that you wouldn’t believe should be in office and this is what happened,” said Pasco County Sheriff Chris Nocco. “He shot at our members. He’s lucky he’s not dead.”

Soon-to-be-former-Mayor Dale Massad has allegedly been doing doctor stuff at his Florida home even though he lost his medical license in 1992. Law enforcement officers visited his home on Thursday morning with a search warrant, which apparently prompted Massad to shoot at a SWAT team member.

The winner for “best quote” in this story goes to a neighbor named Cindy Stark, who said this to ABC Action News:

“I am totally disgusted. It just blows my mind that we could elect a leader that would not only be breaking crime. But shooting at the police.”

We’ll just let that one sit with you for a moment. Enjoy!