Senate Does a Thing on Public Lands, But… 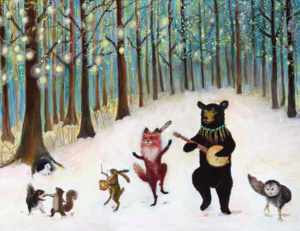 The U.S. Senate proved today that it is still capable of doing Senate things when it passed the largest public lands package in decades. What is still unclear, however, is the amount of funding guaranteed for the beloved Land and Water Conservation Fund (LWCF).

The Senate on Tuesday passed the most sweeping conservation legislation in a decade, protecting millions of acres of land and hundreds of miles of wild rivers across the country and establishing four new national monuments honoring heroes from Civil War soldiers to a civil rights icon.

The 662-page measure, which passed 92 to 8, represented an old-fashioned approach to dealmaking that has largely disappeared on Capitol Hill. Senators from across the ideological spectrum celebrated home-state gains and congratulated each other for bridging the partisan divide.

This is absolutely good news, but there’s a rub…and a pretty substantial one:

Perhaps the most significant change the legislation would make is permanently authorizing a federal program that funnels offshore drilling revenue to conserve everything from major national parks and wildlife preserves to local baseball diamonds and basketball courts. Authorization for the popular program, the Land and Water Conservation Fund (LWCF), lapsed months ago due to the partial government shutdown and other disputes. Liberals like the fact that the money allows agencies to set aside land for wildlife habitat. Conservatives like the fact that taxpayers don’t have to foot the bill for it.

Congress is now set to reauthorize the fund in perpetuity, though it will not make its spending mandatory. [Pols emphasis] Congressional funding for the program has “fluctuated widely” since its inception in 1965, according to a 2018 Congressional Research Service report. Less than half of the $40 billion that has piled up in the fund during its five decades of existence has been spent by Congress on conservation efforts.

As Aaron Weiss of the Center for Western Priorities said in a news release this afternoon, the money question is a big ol’ matso ball:

“At the same time, it’s imperative that members of Congress reach across the aisle to devote full, dedicated funding to safeguard America’s conservation and recreation future. Year after year, Congress has shortchanged LWCF, appropriating less than half of what is collected for recreation and conservation projects across the country. With permanent reauthorization and full, dedicated funding, America’s parks will have the certainty they deserve.”

We’ll update this post as we get more clarity on the funding aspect of LWCF. Make no mistake — reauthorization of the program is a very big deal, but everyone might need to pump their brakes if it isn’t funded. It is also possible that the legislation will get funding attached to it once it goes through the House of Representatives.

In the meantime, there has been much rejoicing among Senators — particularly those from Western states — in the aftermath of today’s vote. Here’s Sen. Michael Bennet (D-Denver):

Today is a victory for Colorado and a commitment to future generations. #SaveLWCF pic.twitter.com/Q5HxdhxHfp