(Drink up! – Promoted by Colorado Pols) 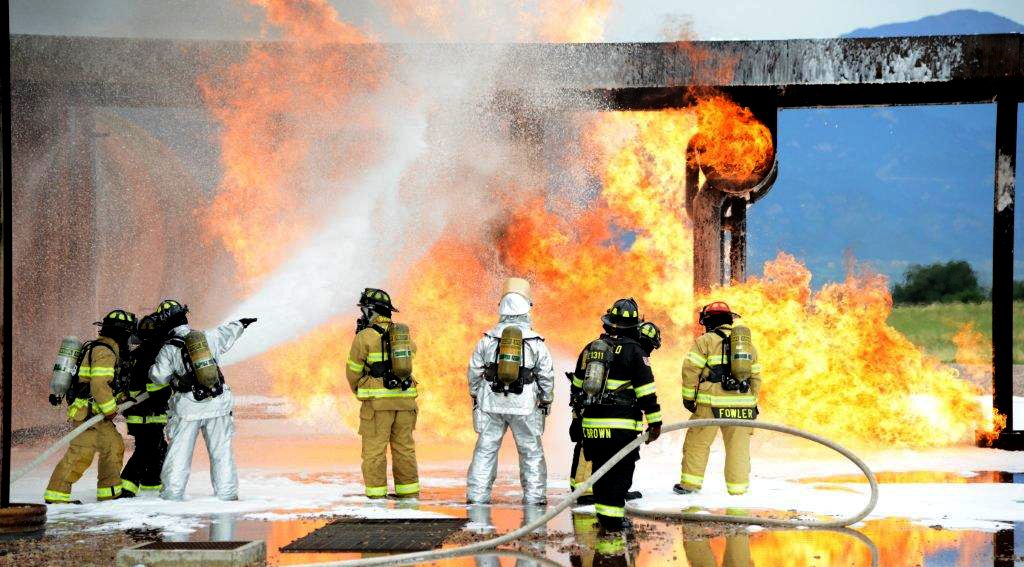 The Trump administration is refusing to regulate two toxic chemicals known to contaminate the drinking water of many Americans, including tens of thousands of families near Colorado Springs.

The decision by Andrew Wheeler, acting administrator of the Environmental Protection Agency (EPA), has angered many Republicans in Congress, but not Colorado Sen. Cory Gardner.

This is despite the fact that studies have shown that nearly 80,000 people living near Peterson Air Force Base, just southeast of Colorado Springs, are exposed to dangerously high levels of contamination and have been for years.

[Gardner] told POLITICO he expected there would be a federal role in regulating the chemicals, but he wanted to see the results of a health study included in the fiscal 2018 National Defense Authorization Act.

“I think it’s very important that we get as much information as we can and then act appropriately,” he said.

The study Sen. Gardner is referring to won’t begin until August of this year and will take five to seven years to complete. Funded by the Department of Defense and conducted by the Health & Human Services’ Agency For Toxic Substances and Disease Registry, the national study of eight sites near U. S. military bases may or may not include the Peterson AFB site.

The chemicals known collectively as PFAS have been largely phased out of industrial use in the United States, but are still found in the fire retardant foam used to fight petroleum-based fires.

Last summer the Trump administration attempted to block its own Department of Health and Human Services from releasing an 852-page “toxicological profile” summarizing the “adverse health effects information for these toxic substances.”

In December 2018 the Colorado School of Mines released a study of people living near of Peterson Air Force Base in Colorado Springs. Research showed levels of a particular PFAS toxic compound, PFHxS, at ten times the national average.

This followed a 2017 health assessment by the Colorado Department of Public Health and the Environment (CDPHE) that found higher rates of cancer among the Peterson AFB communities of Fountain and Security-Widefield.

In addition to the CDPHE assessment, the Air Force conducted its own report released later that year, which found Peterson AFB to have “contaminated water and soil with toxic perfluorinated chemicals at levels more than 1,000 times higher than a national health advisory limit.”

The EPA set permanent health advisories for two PFAS chemicals, PFOS and at PFOA, at 70 parts per trillion in May 2016. However the guidelines are not enforceable without the regulations under the Safe Drinking Water Act that the agency has declined to enact.

Prior to its decision, the EPA hosted a community engagement event in Colorado Springs in August of last year to solicit input from those affected by the toxic chemicals. Senator Gardner did not attend, but issued a statement acknowledging the problem:

“This listening session and workshop provide an important opportunity for the EPA to hear from the community about their experiences with water contaminated by PFAS. I am hopeful this community engagement will help inform the Agency’s administrative actions concerning contaminant levels and clean-up standards, and I appreciate the EPA choosing the communities around Peterson Air Force Base as ones they want to hear from.”

At the event, Colorado health officials asked the EPA for federal regulations.

Tracie White of CDPHE told EPA officials, “We need regulatory infrastructure in order to, number one, compel investigation and clean up, but also to promote a more consistent approach to addressing PFAS nationwide.”

Gardner’s wait-and-see approach is at odds not only with his own state’s public health officials, but also with several of his fellow Republican senators.

West Virginia Senator Shelley Moore Capito’s state experienced prolonged PFAS contamination from a DuPont chemical plant. That resulting settlement included a $670 million fine based in part on a massive health study Over 69,000 West Virginians that served as the basis for the connection between PFAS and six health conditions: testicular and kidney cancers, ulcerative colitis, thyroid problems, high cholesterol and hypertension in pregnancy.

Sen. Capito told POLITICO, “I’m concerned about what [Acting EPA Director Wheeler] thinks the reasoning is for how we’re going to get to a safer water standard if that’s not the direction they go.”

LUNDER: It’s really insulting to the public to pretend like there is inadequate information and that we have to wait and study exposed people in order to take action. It’s the opposite of what federal regulation should be. We actually have studies of people in the United States who’ve had this type of exposure– and a huge study at that [the West Virginia study]. It’s very rare in environmental epidemiology to have over 60,000 people in a study. These are not data-poor chemicals. There are maybe more effects of PFAS –we’re learning from observational studies that the immune system is impacted– routine vaccinations aren’t as effective for kids with higher level of PFAS. So there’s a lot to be learned from studying people but in terms of all the things the government can be doing, we really hate to see human studies used as a stall tactic, especially when we know people are going to continue to be drinking this water while Senator Gardner waits to make up his mind.

An email sent to Sen. Gardner requesting comment and clarification of his statement that he wants to wait for study results before moving ahead with federal regulation was not returned.