So Mike Coffman Wants To Be Aurora’s Mayor, Does He? 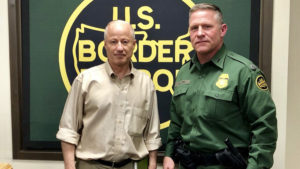 The Aurora Sentinel’s Kara Mason makes official what’s been water-cooler discussion for some weeks now–Mike Coffman, fresh off his double-digit defeat in last year’s CD-6 race, is planning a run for Mayor of the City of Aurora:

Former Aurora Congressman Mike Coffman is in the race for Aurora mayor, the longtime Aurora resident’s spokeswoman confirmed to the Sentinel on Thursday.

“I’m running because I know that I can bring my leadership, experience, and knowledge to the City of Aurora to address the challenges of affordable housing, transportation, and public safety,” Coffman said in a statement about his candidacy…

Coffman, who lost to Democrat Rep. Jason Crow in November, has been suspected of eyeing the seat, currently held by Mayor Bob LeGare. LeGare was appointed by city council members to be mayor when former Mayor Steve Hogan died last year.

LeGare said during the appointment process he would not run for the seat.

As we’ve recounted in this space many times before and since his belated comeuppance last year, Rep. Mike Coffman started out as a hard-right Republican in the mold of his predecessor in Congress, notoriously anti-immigrant former VDARE board member Rep. Tom Tancredo. In 2011, Coffman’s district was redrawn to exclude arch-conservative southern Denver exurbs and include the urban and diverse heart of Aurora.

Redistricting and a near-defeat in 2012 forced Coffman to scramble to reinvent his Tancredo-style image, paying frequent lip service to a new moderate position on immigration while steadfastly supporting the GOP leadership in Congress who ensured no actual immigration reform would take place. After Donald Trump became President, Coffman attempted to triangulate off Trump’s controversial image–but in the end was forced into the party line on enough high-profile issues like the 2017 tax cut bill that his long streak of defying the district’s propensity to elect Democrats was ended by now-Rep. Jason Crow.

After his defeat last November, Coffman cast lame-duck votes that are certain to haunt him in any future bid for votes from the same constituents who just threw him out of office. Coffman voted against the Farm Bill, complaining that it didn’t go far enough to impose work requirements on food stamp recipients, and then voted for the funding bill that included Trump’s $5.7 billion in wall funding–a failed vote that led directly to the longest government shutdown in American history. These votes set back Coffman’s image reinvention considerably, widely interpreted as his true colors shining through with the pressure off.

In short, sure–Coffman has name recognition. But along with that name ID comes a hefty load of baggage from his decades-long political career, and especially events leading up to his crushing defeat at the hands of the same voters who would elect him Aurora Mayor. The liabilities that finally caught up with Coffman in 2018 have not gone away. And before anyone declares Coffman a favorite for Mayor of the most economically and culturally diverse city in Colorado, he has a great deal to answer for.