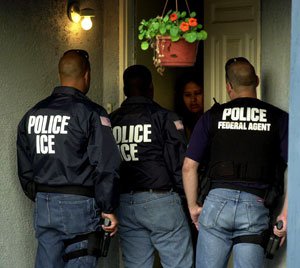 Are you SURE you want to strike?

Denver Public School officials are apologizing after a notice went out to teachers warning those on working visas that they would be reported to immigration officials should they participate in a district-wide strike voted on earlier this week .

The letter, obtained by Denver7, states the district needs to be informed of the decision of teachers on H or J visas to go on strike “as soon as possible as we are required to report that to immigration and the US Department of State.”

That letter, however, was the result of “misrepresentation” of information received by the district’s immigration firm and an incorrect communication, according to DPS spokesman Will Jones.

“The communication was in no way intended to cause fear for our educators on visas,” Jones said in the prepared statement sent to Denver7 Thursday evening.

First of all, and this needs to be bold faced in every single story about this incident, we are not talking about undocumented immigrants. Teachers from abroad in Denver Public Schools have work visas and fully legal status to do their jobs. According to DPS officials doing damage control after reporters contacted them about these letters sent to teachers, the individual names of noncitizen teachers would not be reported to ICE–just the fact that a strike is taking place, and presumably ICE can…take it from there?

On second thought, that’s not very comforting either, is it?

It should go without saying that DPS management should be extremely careful and diplomatic with their communications with teachers ahead of a strike, and in this case their comms carelessness just happened to come down on the side of intimidating legal immigrant teachers with the specter of Donald Trump’s immigration enforcers–who we’re going to go out on a limb and suggest don’t like strikes much either.

Whether an accident or, you know, not so much, we can all agree this is not the way to win hearts and minds.