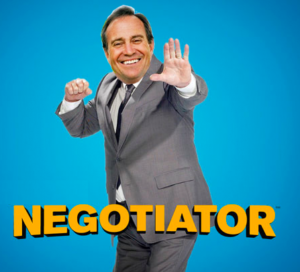 Colorado Public Radio’s Bente Birkeland reports on the deal struck yesterday between a group of dissident Democratic members of Congress and presumptive Speaker of the House Nancy Pelosi–a deal that includes significant changes to the way Democratic House leadership works, most importantly through a term limit that will ultimately apply to Speaker Pelosi herself:

A person familiar with discussions said Democrats wanted to avoid entering the 116th Congressional session leaderless and divided. This agreement will likely quell that intra-party debate.

“An important conversation was started here and going forward I feel confident our leaders will work to share their knowledge, experience and skill with those who aspire to leadership for the sake of our caucus, our party and our country,” said Colorado Congressman Ed Perlmutter in a statement.

The District 7 representative was a key part in negotiating this deal. He now backs Pelosi for Speaker, as do six other members of Congress who were previously opposed to her election. He said he believes her support for term limits will help create a pipeline for a new group of Democratic leaders.

Putting an exit plan in place earned Pelosi the support of Perlmutter and many others in the small group of “rebel” representatives in the U.S. House who have been calling for her and other top Democrats to step aside.

It should be noted that the agreement to limit terms for Democratic House leadership was not popular among, well, everyone in Democratic leadership:

“She’s not negotiating for me,” [incoming House Majority Leader Steny] Hoyer said, adding that she has not kept him apprised of the ongoing negotiations. “I think there’s a lot of discussion about it. I don’t think it’s going to happen. I hope it doesn’t happen.”

“No … I have not supported term limits,” Hoyer said. “I am against term limits because I have a term limit. It’s a two-year term limit.”

Which only underscores the significance of the deal Perlmutter struck yesterday. The reality is that Pelosi had already done most of the work needed to consolidate support ahead of the formal House leadership election in January, and the remaining holdouts were hitting the limit of their negotiating power. But more than a face-saving kumbaya, this is an agreement that will guarantee the change of leadership Perlmutter wants in due course. Both sides can plausibly claim a win, and House Democrats can unite going into their new majority.

Not to mention that incoming Speaker Pelosi seems to be holding her own just fine.