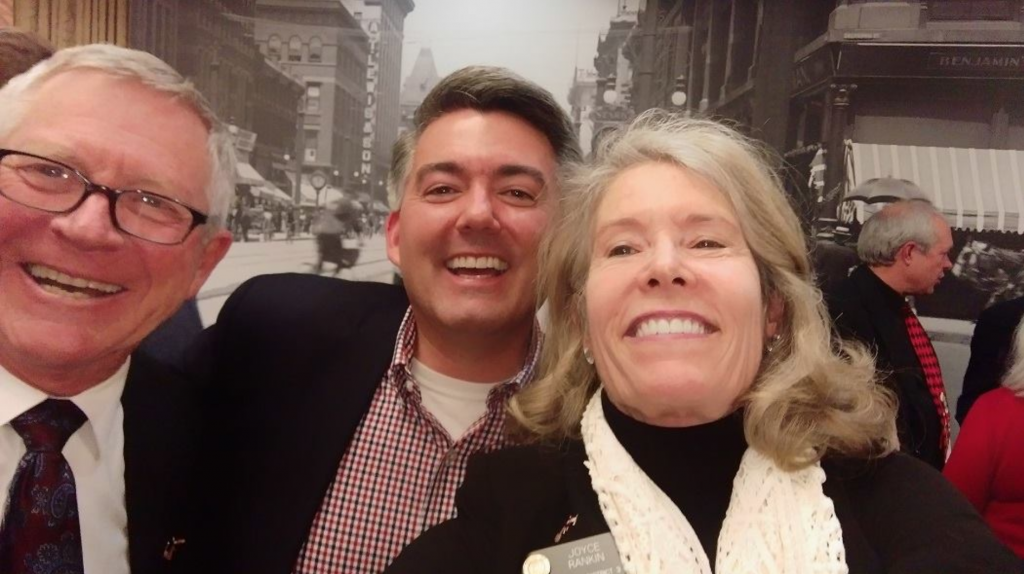 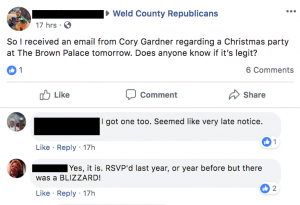 This year, the PAC emailed invitations to numerous local party activists, some of whom weren’t sure if the email was legitimate.

Gardner himself was unable to attend last year’s party; he was stuck in D.C. helping to ensure that President Trumps massive tax cut bill passed the Senate. Secretary of State Wayne Williams filled in as host, while Gardner delivered a remote video message to his guests. 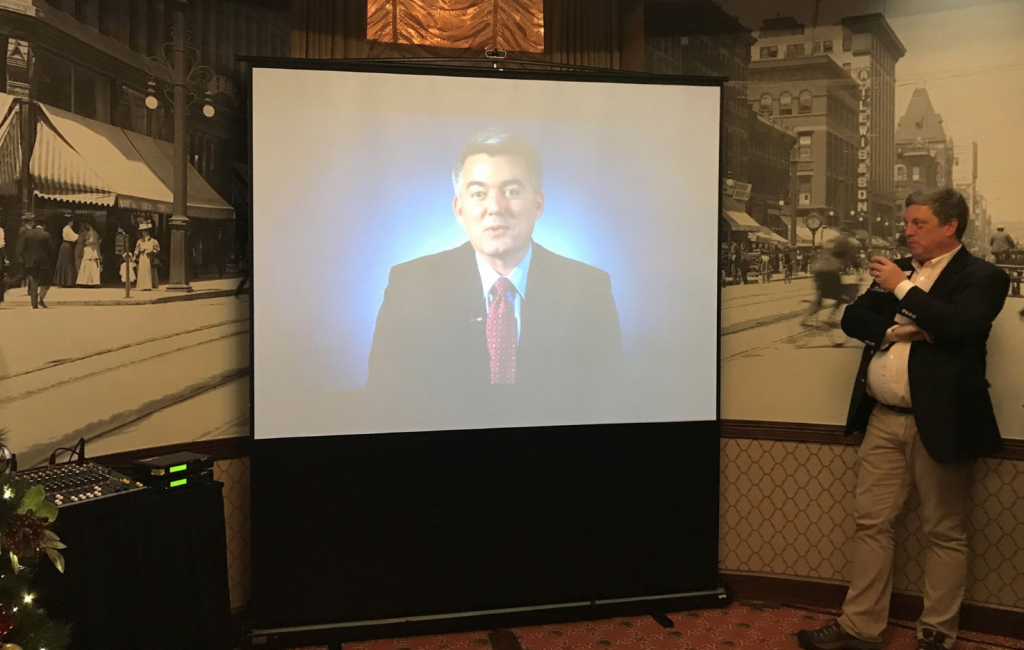 Gardner speaks remotely to his 2017 holiday party as Secretary of State Wayne Williams looks on.

Senator Cory Gardner takes a selfie with State Rep. Bob Rankin and his wife at Gardner’s 2016 holiday party at the Brown Palace HotelThe Project West PAC donated a total of $315,000 to Republican candidates for federal office this past election. That includes $10,000 checks to Colorado Republican Congressmen Doug Lamborn, Scott Tipton and Mike Coffman.