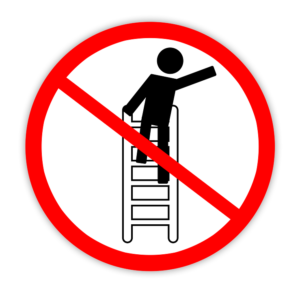 With Democrats about to take charge of the governor’s office, the statewide offices of treasurer, attorney general, and secretary of state, and in full control of both chambers of the Colorado General Assembly, the narrative from defeated Republicans has shifted to dire warnings of the “overreach” in store from Democrats without a Republican majority somewhere along the line with veto power to check their aspirations.

Five years ago, Democrats in Colorado controlled all the levers of power. They held majorities in the House and Senate. The governor also was a Democrat.

As leaders of political parties in the U.S. often do when they find themselves in this position, the Democrats pressed their advantage — passing gun control legislation and a controversial renewable energy standard. They also pursued tight regulations on the oil and gas industry.

In Weld County, which remained steadfastly red, the consequences of all this were almost unimaginable. A group of activists and elected officials — led by the Board of Weld County Commissioners — began to push a secession movement. The group pointed to a divide between the urban Denver metro area and much of the rest of the state…

As all sides in Colorado politics take stock of this year’s landslide victory for Democrats up and down the ballot, we’re seeing reactions that closely parallel–at least on the surface–the response to the last big Democratic surge in Colorado in the 2012 elections. Hand-wringing about the supposed horrors of life under Democratic control in Colorado leads to talk of certain areas of the state either seceding or (new in 2018) joining Wyoming.

And that’s how it’s spun: Democratic “overreach” prompts a completely unhinged secession movement that is nonetheless taken at least somewhat seriously. And of course, in 2013 Democratic “overreach” led to recalls! Some variation of this faux concern warning  to victorious Democrats has been the conclusion of the majority of post-election opinion from conservatives, as well as the state’s crop of aging white male “centrist” opinionmakers.

But does it have any basis in reality? In a word, no.

For starters, the 2013 recalls would be impossible to reproduce in 2019. There is simply no issue with the ability to mobilize militant far-right support like guns. The 2019 Democratic agenda on guns in Colorado, a “red flag” bill with broad bipartisan support and a possible ban on “bump fire” stocks, is nowhere near 2013’s ambitious agenda that most states have yet to catch up with. Today, Democrats have retaken all of the Senate seats lost as a result of the 2013 recall campaigns, and the politics of the issue have steadily shifted since 2013 away from the gun lobby and toward gun safety.

Once you get under the hood of these warnings of “overreach,” it’s readily apparent that the term is being misused to forestall basically anything the warner didn’t support before the election. The Greeley Tribune is predictably worried about oil and gas regulations. Likewise Doug Friednash, a nominal Democrat and big-money corporate attorney, says Democrats must avoid “overreach” with bills that would “hurt business.”

Business groups invested about $3 million in trying to keep a Republican Senate majority. As in 2009 and 2013, those groups will now face the consequences of a Democratic trifecta, including the proposition of a mandatory paid family medical leave bill that they successfully stopped in 2018 becoming law. As a candidate Polis championed this issue, but he is an entrepreneur who would be wise to think long and hard before supporting supporting bills with significant business opposition, like a bill to allow local communities to raise their minimum wages; another to replace the Labor Peace Act with a new law that would make it much easier for employees to unionize.

Folks, if the idea of a recall campaign against Democrats for a law allowing local communities to raise their minimum wage sounds completely outlandish to you–as outlandish as the idea of Weld County forming a new state or joining Wyoming over the same thing–that’s because it is. The political danger for Democrats is not in failing to please Doug Friednash, or sparking another idiotic secession campaign–the danger would be to fail to deliver on their campaign promises.

It’s been a long time since Republicans had anything like the unimpeded control of Colorado politics that Democrats now enjoy, but the zeal that Republicans display in prosecuting their agenda when in majority power here or nationally–and get away with it–makes warnings about Democratic “overreach” seem not just hypocritical, but self-serving to the point of absurdity.

In 2019, even more than in 2013, the time is ripe for the winners to act like winners–and Democrats to live up to the charge of being Democrats.