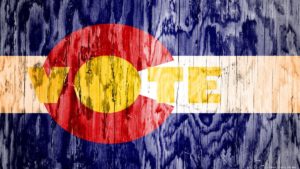 Denver7’s Blair Miller logs another historical note on the 2018 elections in Colorado that should make our state’s winners and losers alike proud to play the game:

Colorado had the nation’s second-highest turnout rate in the 2018 midterm election, according to the latest figures from the secretary of state’s office and the Florida-based United States Elections Project.

As of Tuesday, 2,581,426 Coloradans voted in last Tuesday’s election, though the signature-curing process and counting of military and overseas ballots won’t be finished until Wednesday. Some counties were still in the process of “duplicating” some ballots as well…

Colorado’s extremely high rate of voter participation is made possible by having arguably the most accessible and flexible election system in America–with mail ballots, same-day registration of unregistered voters, and pre-registration of teens so their ability to vote is automatic when they reach voting age. Colorado’s outgoing Republican Secretary of State Wayne Williams, who began his term in office with preposterous alarmism on Fox News about the insecurity of Colorado’s mail ballots, became a proponent and even a reliable debunker of his own party’s misinformation as the state’s experience validated the efficacy of the reforms Williams and his fellow Republicans had campaigned against.

The stark contrast between Colorado’s election system, designed to facilitate participation, versus other states whose unapologetically partisan election laws leave millions of voters effectively disenfranchised cannot be overstated. It is the literal difference between the small-d democratic values America claims to stand for, and making a mockery of those values.

Have we mentioned recently how much we love living in Colorado?