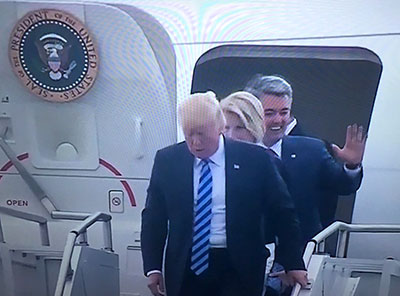 Sen. Cory Gardner (right) waves to crowd behind President Trump ahead of a campaign event in West Virginia (Aug. 21, 2018)

We’ve written several times in the last few days about Sen. Cory Gardner’s handling of the aftermath of last week’s midterm elections in his role as chairman of the National Republican Senatorial Committee (NRSC). Two close Senate races in Florida and Arizona have left Republicans scrambling to shore up their sole bright spot in Tuesday’s overall drubbing, retaining Mitch McConnell’s GOP majority–and Gardner found himself and his organization under heavy fire as Republican claims of “election fraud” were deconstructed in real time.

The result was the worst weekend of earned media for Gardner in months, if not ever–and an ominous pall over Gardner’s head as attention now turns to his own re-election in 2020.

Colorado Sen. Cory Gardner, the chairman of the National Republican Senatorial Committee, cast the GOP’s concern about Arizona’s handling of ballots as having been resolved by the agreement Friday…

Gardner’s comments came as he defended a statement the NRSC released just a day earlier.

Gardner said Sunday on NBC’s “Meet the Press” that “there’s a lot of releases that are going to go out that I don’t see.” He added that he was “not familiar with this one.”

NBC News reports on the sour reaction to the NRSC’s similar claims in the Florida Senate race:

Democrats have blasted Republicans like Scott and President Trump for suggesting foul play, arguing that the main goal is to be sure every ballot is accurately counted.

And the Florida Department of Law Enforcement has told media that there have been no specific allegations of voter fraud and that it’s not currently investigating any foul play in the vote count. [Pols emphasis] 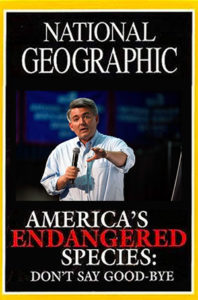 Despite the fact that Republicans will retain the U.S. Senate majority, the net result of all of this press for Gardner since Election Day has not been positive to say the least–either in Arizona where Democrat Kyrsten Sinema claimed victory this weekend, or in Florida where the court battles over recounts continue. And where it concerns Gardner personally, all talk today is about his own vulnerability after Colorado went strongly blue this year, and how his closing ranks with Trump has damaged Gardner’s own brand:

Gardner faces a fight for his political life in a state that appears increasingly blue. Since 2008, Democrats have won every Senate, gubernatorial or presidential race in Colorado — except for Gardner’s victory over Democratic Sen. Mark Udall in 2014.

Gardner, a first-term senator, has rarely broken with his party during the Trump administration’s tenure, despite his state’s blue lean. He voted with Republicans on a range of key measures, including repeal of the Affordable Care Act, the overhaul of the U.S. tax code and the confirmation of Justices Neil Gorsuch and Brett Kavanaugh to the Supreme Court.

On Monday, a story ran in the Denver Post under this headline: “Colorado Republicans’ conundrum: Donald Trump and the unaffiliated voters who loathe him; Insiders say Cory Gardner’s re-election prospects are grim unless GOP can develop new message.”

While the dust hasn’t yet settled from last week’s elections, which have steadily turned out better for Democrats as the votes were counted and now understood to be a significantly greater Democratic win than Election Night punditry suggested, one of the very first takeaways from 2018 is a broad recognition of Cory Gardner’s vulnerability going into 2020. Gardner’s high visibility during the 2018 elections as NRSC chair has given him much less room to plausibly maneuver away from Donald Trump, even though after the historic Democratic landslide in Gardner’s home state this year that’s exactly what he needs to do.

In two years, we may well be writing the story of how Gardner’s boundless ambition, which propelled him to the chairmanship of the GOP Senate campaign organization, in the end brought him to ruin.