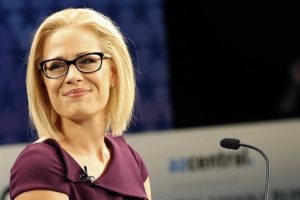 Ms. Sinema’s victory over Martha McSally, a Republican congresswoman and former Air Force pilot, marks the first Democratic triumph since 1976in a battle for an open Senate seat in Arizona. Ms. Sinema takes the seat being vacated by Jeff Flake, a Republican who retired after publicly clashing with President Trump.

This is more bad news for Colorado Sen. Cory Gardner, who chaired the National Republican Senatorial Committee (NRSC) for the 2018 cycle. Gardner and the NRSC have taken a lot of criticism over the past few days for alleging — without any evidence whatsoever — that Arizona Democrats were somehow conspiring to “steal” this seat from Republicans.

There are still two undecided Senate races in Florida and Mississippi. The latter will be decided in a runoff election on Nov. 27 (for retiring Sen. Thad Cochran’s seat), while Florida is in the middle of a recount. If just one of those races are won by a Democrat, Gardner and the Republicans will have failed to gain a single seat despite beginning the 2018 cycle with one of the most favorable Senate maps in decades.

That’s not a conversation Gardner wants to have with donors as he starts hitting them up to support his own re-election in 2020.