Leroy Garcia Will Be Senate President

“We’re going to face some tough challenges,” Garcia said. “The state faces tough challenges. But I’m absolutely confident with this dynamic caucus, with these leaders, we’ll be able to represent every Coloradan, we’ll be committed to finding common-sense solutions to move our state forward.”

Garcia, who was previously minority leader, will lead the Democratic caucus along with state Sens. Lois Court of Denver and Steve Fenberg of Boulder. Court was elected president pro tempore and Fenberg majority leader. Their roles are subject to a final vote by the entire Senate after the legislature resumes business in January. 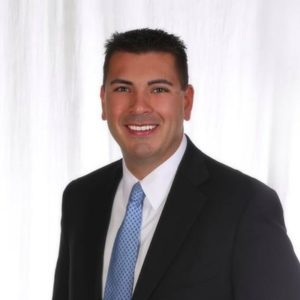 Sen. Leroy Garcia, D-Pueblo, was chosen to be the next Senate President. He is currently the Senate Minority Leader and will take over for Sen. Kevin Grantham, R-Canon City, who is term-limited and whose party is now the minority party in the Senate…

Garcia took over as minority leader earlier this year after Sen. Lucia Guzman stepped down from the position over her frustration with Republicans’ handling of workplace harassment allegations.

Senate Democrats picked up two seats in the election, putting them at a 19-16 majority. Republicans had held the Senate with an 18-17 majority the past two years. Democrats now control both chambers of the General Assembly as well as the governor’s office after Jared Polis’ victory.

On the Republican side, Sen. Chris Holbert will be the new Senate Minority Leader–fully expected, although the move nonetheless comes as a snub to Senate President pro tem Jerry Sonnenberg who fell from grace for daring to support rural hospitals. The new Democratic leadership has an enormous logjam of agenda items to work through in January, not to mention accountability lingering from last year’s sexual harassment scandal left totally unresolved by Republican leadership.

Here’s looking at you, Randy Baumgardner.