Jensen Turns And Walks Away When Asked, ‘Where Do You Stand on Trump?’ 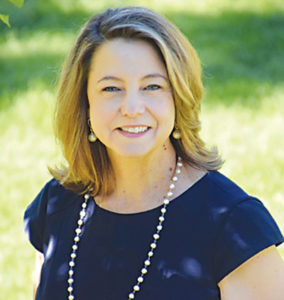 Republican Christine Jensen is running for a Jefferson County state senate seat that will likely determine which party controls Colorado government. And she has no public position on President Donald Trump.

The Colorado Times Recorder tried multiple times to find out Jensen’s views on the President, but she repeatedly did not respond.

Jason Salzman: Hi Christine. I’ve been trying to reach you.

Jensen quickly turns and walks back into the building.

Bartels, talking to Salzman not Jensen: You’re better than that.

Salzman: What do you mean? I’m identifying myself. I’ve called her five times.

Bartels: She doesn’t have to call you back.

Salzman: I know. But if she’s not, I have the right to stand here.

Bartels: I know, but–

Salzman: You know that’s the way it works.

Salzman: Thank you. I really think that’s fair. It’s a fair question. The issue is, you know, important.

Bartels: It is a fair question.

Jensen comes out of the building escorted by someone separating her from me.

Salzman (running after Jensen): You want to answer a fair question? Where do you stand on Trump, Christine?

Jensen speed walks away without saying anything.

Salzman (to Jensen): Thank you so much. I appreciate your time. I’m sorry to bother you. 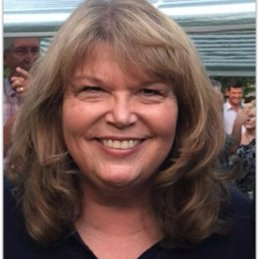 It’s not just the Colorado Times Recorder that thinks the public is interested in all candidates’ views on Trump, even candidates in state legislative races.

What’s more, Trump has repeatedly said that Tuesday’s election is about him.

And, The Denver Post and other local media outlets have reported that Trump is motivating suburban Democrats at all levels.

There are volumes of reporting about how suburban women, angry at Trump, could swing the election.

Yet, some, but not all, Republican candidates in Colorado’s top legislative races started their campaigns without saying a word about Trump and are finishing up the final days as silent as they ever were, even as the president ramps up his offensive and often blatantly false rhetoric.

Jensen is one of those candidates. It appears the closest she’s come to taking a stand on Trump in the public domain came this week when the Washington Post quoted her as saying, “I think he has absolutely positively been a man of action. I still wish we could teach him a few PR tricks.”

Other than that, Jenson’s record on Trump is pretty much a blank slate, symbolized by this question left unanswered on her Christine Jensen for Colorado Facebook page:

“Simple question,” a commenter wrote, “Do you support Donald Trump?”