(This is a must-read – Promoted by Colorado Pols) 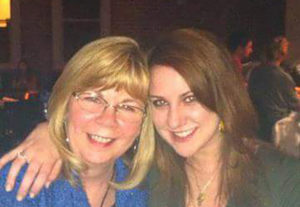 We’ve known George Brauchler for six years. We spent nearly every day together in the courtroom for five agonizing months while he tried our daughter’s killer. But in the race for Colorado’s next Attorney General, we cannot support his candidacy.

We came to know George during one of the darkest times in our lives. Our beautiful 24 year-old daughter, Jessica Ghawi, was gunned down in the Aurora movie theater on July 20, 2012 by a madman armed with military-style assault weapons and thousands of rounds of ammunition. Jessi went to a midnight showing of Batman and never came home. Eleven others were killed that night, and more than 70 sustained life-changing injuries, not to mention the emotional scars that come with living through a real-life nightmare.

Jessi was a force. She was smart, feisty, and was thriving in her career in Colorado, covering the Avalanche for a local radio station. That night, we exchanged texts before the movie started. “I need my mama,” she texted. We’d later find out, the response “I need my baby girl,” would be the last text she would read.  We take solace in the fact Jessi knew how much she was loved, and was reminded this right before she died.

When we first met George, like many people, we were taken with his charm. He was this confident prosecutor, with a big, warm smile, who promised to bring justice for our family. But over time, we felt like our family was not George’s primary concern. It increasingly appeared as if his conduct during the trial was not about pursuing justice but about his political aspirations. George could have taken a plea deal and saved us months of sitting in the courtroom with our daughter’s killer, listening to the most gruesome details of what transpired that night in the theater. But George pursued — and lost — the death penalty, to boost his name recognition for gubernatorial bid. Not to mention, he spent nearly $5 million of taxpayer dollars to end up with same life without parole sentence we could have gotten years sooner.

We’ve had numerous conversations with George about gun safety. After the Aurora theater shooting, Colorado responded by passing common-sense gun safety laws, including background checks on private and online gun sales and limits on high-capacity magazines. We cannot wrap our minds around how, after trying a shooter who was able to amass an arsenal of weapons and ammunition and cause so much devastation, George still believes we should allow weapons of war on our streets and unlimited magazines on our gun store shelves. He has made no pretensions about his lack of support for the gun laws that are on the books in Colorado. Not only does he oppose these measures, but if elected Attorney General we believe he would work to repeal these live-saving laws and fight any efforts to strengthen them.

George might like the voters to think his views are moderate. But what moderate embraces the endorsement of an extreme right-wing radical like Ted Nugent who called for President Obama to be shot and said America would have been better off if the Confederacy had won the Civil War? Even after a number of Aurora survivors, ourselves included, called for George to denounce the endorsement, he refused.

Colorado deserves an Attorney General who will put people over politics and public safety over partisanship. And George Brauchler just isn’t that person.

Our journey has not been one we would wish on anyone, but it always brings us back to Colorado, where Jessi’s life was taken from us six years ago. We carry her spirit in our hearts as we meet people and advocate for change. For Jessi, and the tens of thousands of others taken and wounded every year, we will never stop speaking out and sharing our story, especially when there is so much at stake.

Sandy and Lonnie Phillips are the parents of Jessica Ghawi, who was murdered in the mass shooting at the Aurora Theater on July 20, 2012. Soon after Jessica’s death, they became activists for the prevention of gun violence. They currently travel the country, reaching out to and meeting with other survivors through their non-profit organization, Survivors Empowered.