Noble Energy: Screw The Law! Wayne Williams: Cool By Me! 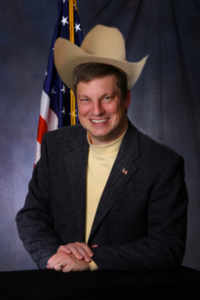 A story out today from investigative journalist David Sirota via Westword exposes an audacious new ad campaign from oil and gas producer Noble Energy, directly advocating a no vote on Proposition 112 from their corporate ad budget–and refusing to disclose their spending the way anyone else running such an ad would have to:

In a last-ditch attempt to defeat one of the most far-reaching environmental measures on the 2018 ballot, a fossil-fuel giant is blanketing Colorado television with election-focused political ads that it now claims are outside the purview of all state campaign-finance laws. The maneuver — which pioneers a novel way for corporations to circumvent disclosure statutes and inject money directly into elections — has been blessed by the office of Colorado Secretary of State Wayne Williams, who has led a Republican political group bankrolled by the same fossil-fuel corporation that is airing the ads.

At issue is Proposition 112, a landmark measure that would force fossil-fuel companies to set their drilling and fracking operations farther away from hospitals, schools, child-care centers and residential neighborhoods. Natural-gas colossus Noble Energy and its subsidiaries have been among the most prominent opponents of the initiative, disclosing $7.1 million in contributions to Protect Colorado, the issue committee opposing the initiative…

However, on top of those disclosed and regulated expenditures, documents show that Noble has also been airing its own corporate television ads against the measure — and the company refuses to tell state campaign-finance regulators any details about the ads or the amount it is spending on the spots. [Pols emphasis]

In short, the company is asserting that it is not obligated to disclose its spending on these ads, even though they are explicitly advocating a no vote on a statewide ballot measure. Needless to say, this violates the spirit of Colorado’s campaign finance disclosure law in a particularly egregious manner–and if this precedent is allowed to stand it would lead to widespread disclosure-free corporate spending on ballot measures. After all, why would anyone go through the trouble of setting up a committee with disclosure requirements when a corporation can run the same ad without any disclosure?

Obviously if this loophole really exists in the law, it needs to be closed first thing in January when the legislature reconvenes. But we have to think that there is some action that could be taken to stop this kind of blatant end-run around disclosure by corporations–or in the absence of that, a Secretary of State willing to at least point out that this what Noble Energy is doing here is a problem. Or, maybe not.

“This type of activity is likely legal,” says Lynn Bartels, communications director for the Colorado Secretary of State.

It sure looks like Colorado doesn’t have a Secretary of State willing to do enforce these rules and regulations. Here’s why:

Williams has served as an executive committee member of the Republican Secretaries of State Committee, whose parent organization has received $500,000 from Noble Energy since 2016, according to IRS filings. [Pols emphasis] During Williams’ 2018 reelection bid, that parent group, the Republican State Leadership Committee, has funneled $500,000 into a Colorado group whose mission is “to support Republican candidates for state house, state senate and statewide office,” according to state records.

Because just like George Brauchler’s reluctance to go after opioid manufacturers given the industry’s lavish support for the Republican Attorney General’s Association (RAGA), Noble Energy knows exactly who to pay off to get away with these ads. In Colorado, that’s Secretary of State Wayne Williams.

The moral of the story? Sometimes the fox guarding the henhouse doesn’t eat the chickens himself. But as much harm can be done just by leaving the door open for the other foxes.