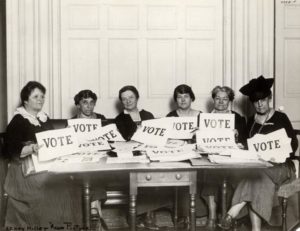 The Denver Post reports on the first publicly-available poll this fall in the race to become the next Governor of Colorado, which shows Democrat Jared Polis with a seven-point lead over Republican Walker Stapleton. This figure is pretty consistent with what we’ve heard about internal polls from both sides in recent weeks, but the breakdown of the data is where things get particularly interesting:

The live telephone survey of 600 likely voters was conducted by Keating Research and Magellan Strategies between Sept. 18 and Sept. 20. The results are weighted to reflect historic voter turnout during non-presidential election years. It was commissioned by Healthier Colorado, a nonpartisan health care advocacy organization……One of the most striking data points is Polis’ lead among unaffiliated women: 48 percent said they were likely to vote for Polis, while 22 percent said they were inclined to vote for Stapleton. [Pols emphasis]

It’s important to note that this poll was conducted before last week’s widely-covered Senate Judiciary Committee hearings in which California professor Christine Blasey Ford confirmed her accusation of sexual assault against Supreme Court nominee Brett Kavanaugh. This poll was also completed before widespread media coverage of other Kavanaugh accusers, such as Boulder resident Deborah Ramirez. If you conducted this same poll today, chances are pretty good that the numbers would be considerably worse for Stapleton (and every other Republican on the ballot in November).

This Keating/Magellan Colorado survey is also in line with national polling trends, as CNN reports today: 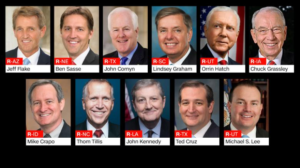 It’s raining men for Republicans on the Senate Judiciary Committee.

Ford’s detailed allegations of sexual assault against Supreme Court nominee Brett Kavanaugh could allow Democrats to solidify an unprecedented advantage among those women, who represent one of the few steadily growing components of the white electorate.

Coming even as many professional white women are already recoiling from President Donald Trump’s definition of the Republican Party, and Democrats have nominated an unprecedented number of professional women for Congress, the collision between Kavanaugh and Ford — a professional herself — has the potential to reinforce a lasting shift in loyalties that could tip the partisan balance in white-collar suburbs around America…

…New polling released Monday showed how the confrontation over Ford’s allegations could reinforce these dynamics. A national Quinnipiac University survey found that 61% of college-educated white women said they believed Ford over Kavanaugh; 58% of such well-educated women said the Senate should reject his nomination, according to detailed results provided by Quinnipiac. [Pols emphasis] 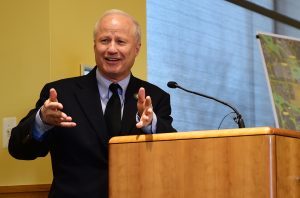 You can count Congressman Mike Coffman (R-Aurora) among Republicans who are very concerned about the GOP’s problem with women — particularly college-educated and Independent women. Last month CNN’s Dana Bash asked Coffman about the election drag of Donald Trump in a profile of CO-6 characterized as a barometer of the mid-term elections:

“It’s less about his policies than it is about his tone. College educated independent women, just really are offended by his tone and his mannerisms in the office. [Pols emphasis] So it’s baked in now.” Coffman said, with resignation in his voice.

You don’t talk about “college educated independent women” unless you’re seeing significant problems with this particular voter demographic. This is a big reason why Coffman can’t even produce an internal poll that doesn’t show him losing to Democrat Jason Crow next month.

Of course, it’s easy for Republicans to blame President Trump for their poor image with female voters, but it’s not like GOP elected officials in Colorado and around the country have made much of an effort to do anything differently. Hell, it took Sen. Cory Gardner (R-Yuma) FOUR DAYS to publicly respond that he found Ford’s testimony to be credible — an admission he made on the same day that Senate Majority Leader Mitch McConnell declared that the Senate would vote on Kavanaugh’s confirmation this week no matter what happens with an FBI investigation into sexual assault charges.

“Tone deaf” doesn’t do justice to this Republican idiocy. At this rate, we’re going to need come up with a new phrase entirely.