After a swing through Eastern Colorado that turned into a running joke with turnout to campaign stops that could best be described as pitiful, GOP gubernatorial candidate Walker Stapleton is touring the Western Slope this weekend in hope of drawing crowds that have thus far been embarrassingly elusive.

Based on the turnout in Pagosa Springs yesterday…well, it’s no better west of the Divide. 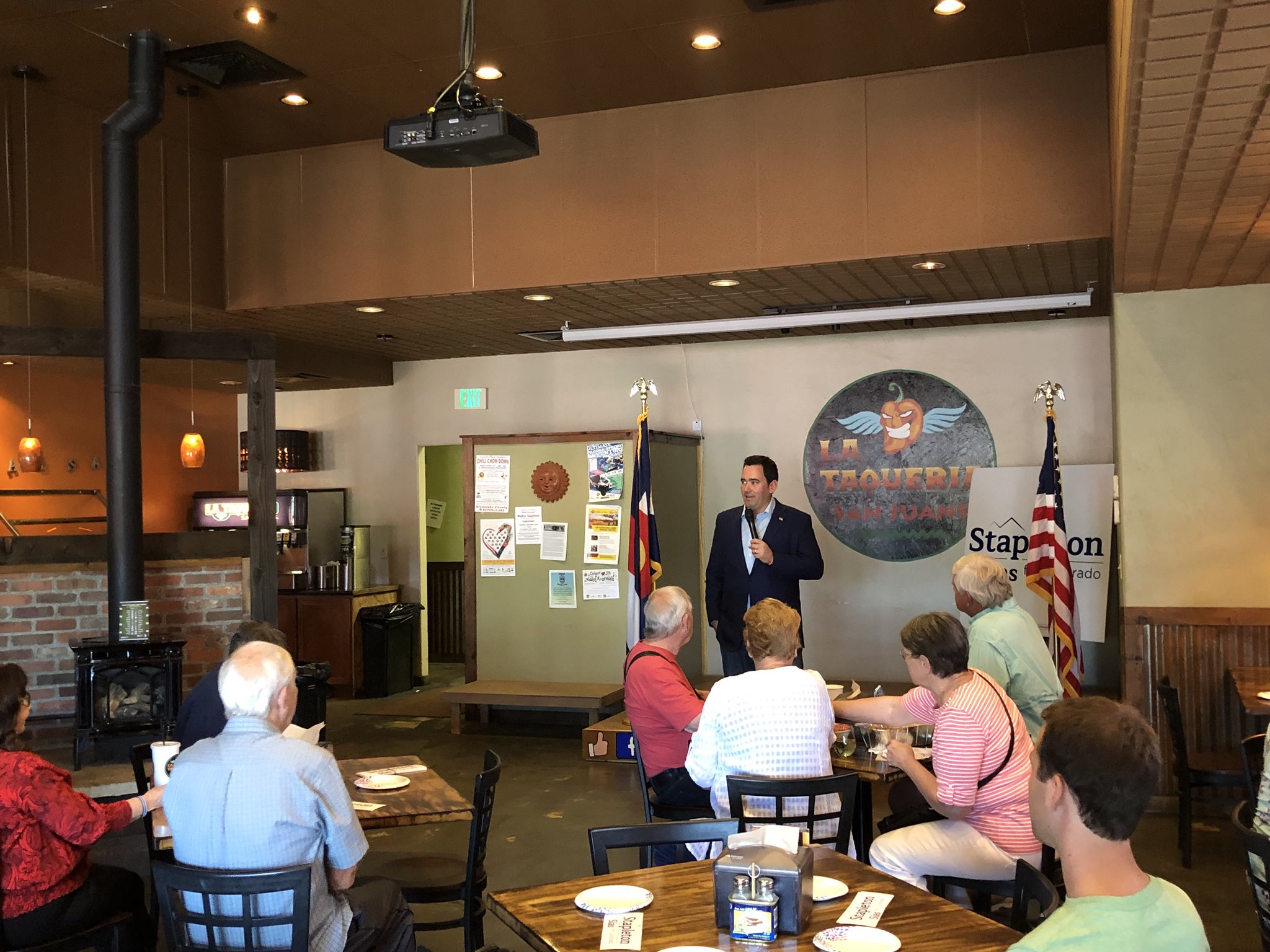 And reportedly, one of them was a tracker! After Stapleton’s stop in Sterling earlier this month drew exactly two people out to see him–both Republican Party usual suspects–Stapleton’s campaign lashed out at amused Democrats, claiming they were “insulting rural Colorado” by lampooning the non-turnout and asserting that an internet outage in Sterling had prevented residents of that agricultural community from showing up.

From the look of it, the “outage” follows Walker Stapleton wherever he goes.