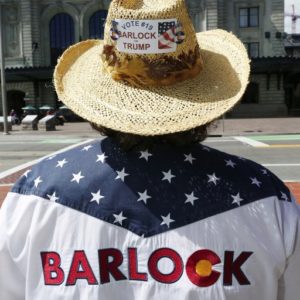 We’ve been talking for a couple of days now about some powerful dissent from 2018 GOP gubernatorial runner-up Victor Mitchell, who called for President Donald Trump to either resign or be impeached following the conviction of former campaign chairman Paul Manafort and Michael Cohen’s plea deal directly implicating the President in federal crimes. The next day, Mitchell blasted Walker Stapleton’s campaign for governor over pretty much the whole range of that campaign’s deceptions and shady campaign practices–comments that are rumored to have made Stapleton supporters much angrier than anything Mitchell said about Trump.

With all of that in mind, we’re not surprised to see a backlash against both Mitchell and any form of apostasy against Trump among Colorado Republicans–and as Westword’s Michael Roberts reports, another failed GOP candidate for governor is filling the role:

Steve Barlock, who led Donald Trump’s 2016 campaign in Denver, wants Treasurer Walker Stapleton to become Colorado’s next governor, a position for which Barlock made a run earlier this year. But should Stapleton subsequently prove insufficiently loyal to Trump, Barlock promises that he and others in the president’s corner will take swift and decisive action.

“We will vote for Walker Stapleton,” he says. “But after he’s elected, if he turns on my president, I’ll be the first person to lead the recall.”

…This warning was prompted by a Facebook post shared this week by another onetime GOP gubernatorial hopeful, Victor Mitchell, whose other fiery comments about the primary election earlier this year we shared yesterday in this space. “Given the convictions and guilty pleas yesterday,” he wrote on August 22 in reference to onetime Trump associates Paul Manafort and Michael Cohen, “it’s time for all Republicans to come together and call on President Trump to resign. Congress should also immediately commence impeachment.”

Barlock didn’t make it very far in the GOP primary for governor, but you’d be a fool to think his attitude isn’t prevalent among a large percentage of base Republican voters in Colorado. That’s one reason why Walker Stapleton can’t flip from his primary campaign love for Trump to criticizing Trump even though it would obviously be expedient. In addition, by all accounts the White House is extremely vigilant of news coverage for anything critical of the President–and they keep a list of names.

But if you dare to impugn Trump’s honor in Colorado, you’ll answer to Steve Barlock first.