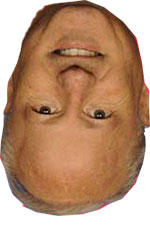 Republican Rep. Mike Coffman (R-Aurora) changes his position on immigration reform about as often as most people change their underwear.

Back in June, amid the fervor surrounding the Trump administration’s decision to forcibly remove immigrant children from their parents, Coffman issued this statement in opposition to Trump’s “zero tolerance” immigration policy. The final words of Coffman’s statement were unambiguous:

My colleagues should mark their words and this moment — history won’t remember well those who support the continuation of this policy. 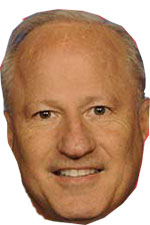 Coffman’s words got him mentioned in a number of national news stories related to immigration reform, which was exactly the point. Maybe Coffman actually believed those words at the time, or maybe it was all bullshit. Either way, Coffman apparently thinks differently now — a mere two months (to the day) from his zero tolerance on zero tolerance statement. As David Weigel and Mike DeBonis report for the Washington Post:

Rep. Mike Coffman (R-Colo.), who has cast himself as a moderate on immigration policy, told voters last week the president “probably has a more generous plan for DACA than I would [propose]” and it might be time to “transition to zero tolerance” when it came to overall immigration policy.

As the Washington Post helpfully points out, this isn’t the first time that Coffman has suggested a “zero tolerance” immigration policy; Coffman argued in favor of the idea in an Op-Ed he penned in January 2017. But the timing of this flip-flop-flip is odd considering that Coffman just started airing two television ads focused on how much he loves the various immigrant communities in his home district.

“Mike Coffman has been a bipartisan leader on immigration reform, no matter how much Democratic operatives want to lie about and distort his record,” Coffman’s campaign manager Tyler Sandberg said. “Mike led the opposition to the Trump administration’s inhumane family separation policy, something that Trump ultimately backed down on. However, unlike many Democrats in D.C., Mike does not support open borders.”

Perhaps Team Coffman is confusing the words “bipartisan” and “bipolar,” like when basketball player Charles Shackleford confused “ambidextrous” with “amphibious.“

Or perhaps Coffman’s staff are in need of a new word, kind of like when boxer Mike Tyson famously suggested that he would “fade into Bolivian” after he was done fighting.

If you wanted to be really kind, you could argue that Coffman is suffering from an acute case of “Analysis Paralysis,” but his immigration rhetoric changes so often — and so drastically — that you’d really have to squint to see this as anything other than Coffman just telling different audiences whatever he thinks they want to hear at any given moment.

Perhaps Mike Coffman himself really doesn’t know where Mike Coffman stands on the immigration issue. That’s a strange thought considering that Coffman is seeking to be elected to his sixth term in Congress; he’s debated this issue at length for at least a decade now.

Or…maybe Mike Coffman doesn’t actually possess a firm opinion on immigration policy. Maybe he’s simply unwilling and/or unable to pick a side and stay there.

Whatever the answer, the bottom line is the same: Mike Coffman probably shouldn’t be in Congress anymore.