Mesa County progressives purchased the billboard to call out the Republican Party’s refusal to challenge Trump’s apparent preference for Russian denials of election interference over the unanimous assessment of United States intelligence agencies. 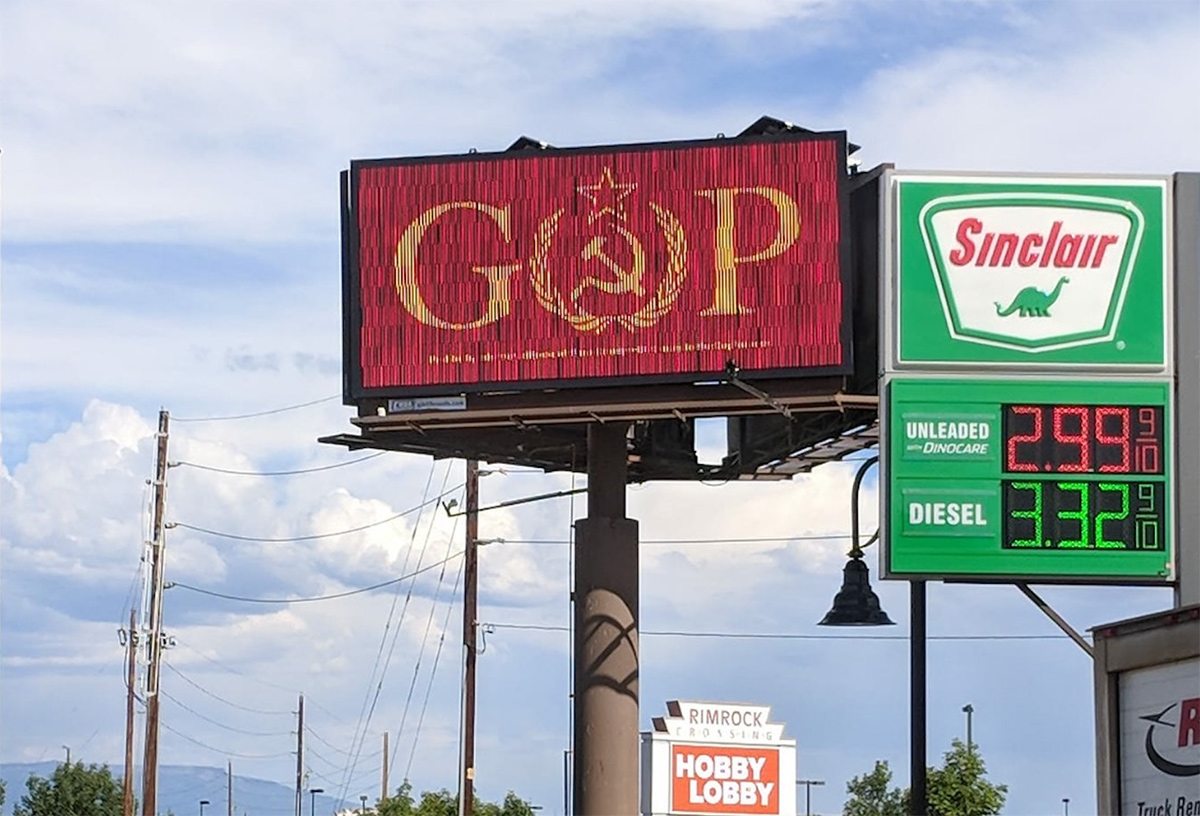 Grand Junction resident Anne Landman, who paid for the billboard, says its purpose is to draw attention “Republicans’ alarming acceptance of President Trump cozying up to authoritarian dictators who disregard human rights.”

While musing about a billboard on her Facebook page, a friend shared a photo of the GOP Russia design. Landman reached out to the creator, MadDogPac of Odenton, Maryland and received permission to use the image free of charge. Mad Dog PAC was founded in December 2017 by Claude Taylor, a former White House staffer under President Clinton. The organization says it “solicits contributions from concerned citizens to fund billboards censuring Trump, the GOP and the NRA.”

The Russian GOP billboard isn’t the only piece of Mad Dog’s artwork to appear in Colorado. Drivers in the Denver metro area may have seen a billboard reminding them that “Mike Coffman Took $30,843 in NRA Blood Money.”

The Grand Junction billboard isn’t targeted at a specific elected official, but rather focuses on the Russia-friendly attitude of the Republican Party. Furthermore, it reflects the sentiments of Mesa County progressives who are decidedly outnumbered, according to Landman.

“Out here on the Western slope, liberals are in the minority. These days we are derided, criticized, called names like ‘libtard’ or ‘snowflake.’ But putting this billboard up, it’s lifted everybody’s spirits. It’s become a rallying point, energizing the left and giving people something to cheer for. For that alone it was worth the money.”

Landman paid for the first week herself and has since solicited donations via her Facebook page to extend the billboard rental beyond July 28. As of Tuesday evening, Landman says she has already collected more than the required $265 for a second week’s rental fee.