At Least He’s Not Your Congressional Candidate 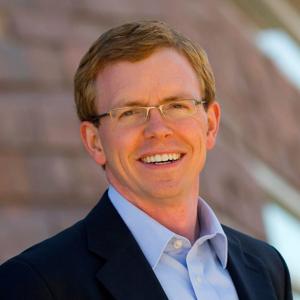 It’s time for another edition of our long-running series, “At Least They’re Not Your Legislator.” Today, we visit South Dakota and the Rapid City Journal:

How did the South Dakota Teen Age Republicans end up hosting a woman at their 2015 camp who was later accused of being an unregistered foreign agent for Russia?

Quite innocently, according to the current U.S. House candidate who was running the camp at the time.

Dusty Johnson won the Republican nomination for U.S. House this past June, but in July 2015, he was directing the Teen Age Republicans Leadership Camp at Camp Rimrock near Rapid City in the Black Hills.

Johnson said he was contacted that summer by Paul Erickson, a longtime Republican political operative who grew up in Vermillion and has an apartment in Sioux Falls. Erickson offered to bring Maria Butina to speak at the camp, and described her as an advocate for expanded gun rights in Russia who was on an American speaking tour, Johnson said.

Maria Butina is the accused Russian spy who was arrested earlier this week by federal agents. Butina worked her way into the good graces of conservative political groups, and even the National Rifle Association (NRA), as part of her plan to get close to the Republican levers of power in the U.S. For obvious reasons, this is creating problems now for people like Johnson:

Thank @DustyJohnson for introducing kids to espionage at such an early age…. pic.twitter.com/JVrY7lvbp8