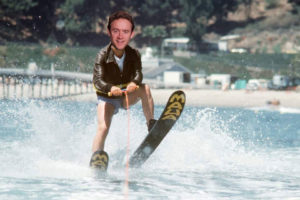 Johnston apparently “campaigned” for 24 straight hours from Saturday through Sunday as part of a publicity stunt meant to show that he has Bob Dole-level stamina, or something. What Johnston mostly proved is something that you probably already knew: There is no reason whatsoever to be campaigning at 3:00 in the morning (particularly when there isn’t sufficient media interest to gain any meaningful publicity from the attempt).

If you’re unfamiliar with the term “jumping the shark,” here’s Wikipedia’s explanation:

Jumping the shark is crossing the point at which something that was once popular no longer warrants the attention it previously received, particularly when attempts at publicity only serve to highlight its irrelevance.

Johnston’s campaign dutifully chronicled his 24 hours of “campaigning” on social media, culminating with a worn-out Johnston speaking to the camera from the front steps of his home in Denver. Here’s a brief look at Johnston’s asinine 24-hour campaign marathon: 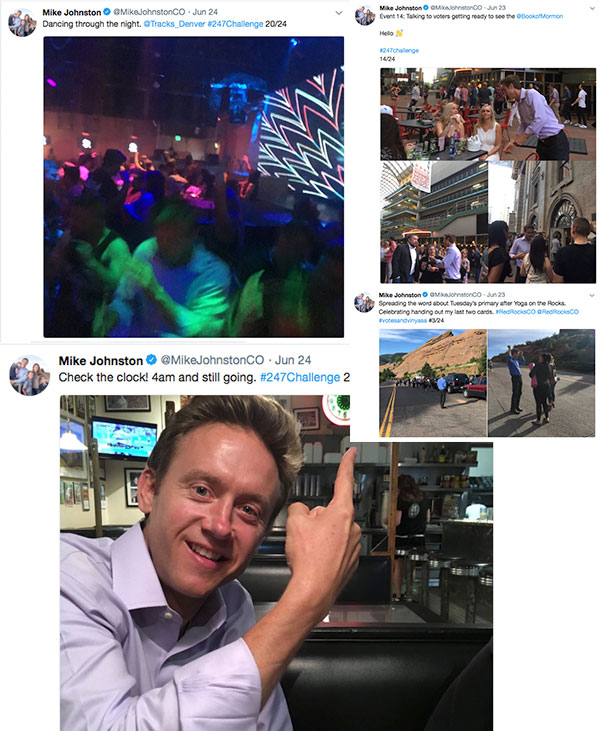