No Clear Path for Hickenlooper in 2020 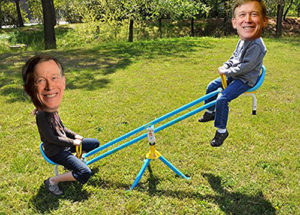 Colorado Gov. John Hickenlooper seems virtually assured of attempting a run for President in 2020, though it’s much less obvious how such a campaign might actually succeed. As Joey Bunch reports today for the publication formerly known as the Colorado Statesman:

For months, Gov. John Hickenlooper has told reporters he’s too focused on being governor to think about running for president.

Now he says he’s thinking about it this summer.

“My wife and I have been talking about it for a couple of months and talking to old friends whose opinions we respect and trust,” the coy Colorado governor said in remarks reported by The Hill newspaper. “We’ll try and sort through it this summer.”

He said something similar in a D.C. appearance back in April.

First off, we can stop wondering about Hick’s interest in a national campaign. It’s been clear for a long time now that Hickenlooper absolutely, positively wants to run for President after he finishes his second term as Governor in January 2019. From a personal perspective, this makes plenty of sense. Hickenlooper will be 68-years-old next February, and while that makes him a young whipper-snapper compared to the likes of President Trump and potential Democratic candidates like Joe Biden and Bernie Sanders, 2020 is certainly his last best opportunity to make a run for the White House.

Unfortunately for Hickenlooper, this is where the 2020 logic starts to fall apart.  There was some talk last year of a potential “Independent” ticket with Hickenlooper and Ohio Gov. John Kasich, but those rumors have since died off — in part because neither man is particularly interested in being the #2 guy on that train. That leaves Hick to chase the Democratic nomination for President at a time in which Democratic voters will be completely uninterested in a middle-of-the-road candidate. Politics is as much about timing as anything else, and the national mood in 2020 almost certainly won’t align with the image of “The Grand Equivocator.”

Take a look at this March Washington Post story about the Top 15 potential Democratic candidates in 2020. At least half of these people probably won’t end up running for President, but there isn’t a name on that list that Hick could likely leapfrog.

Hickenlooper’s most obvious problem in a Democratic field is that there is no potential platform where he might be able to stand out. What do you say about Hickenlooper the Democrat relative to his eight years as Governor of Colorado? Hick doesn’t carry the torch for any particular progressive issue — and certainly not more than other potential candidates. He might have had an opening as the Governor of the first state to legalize marijuana, but Hick has made it abundantly clear that this is not an issue that he wants to embrace.

Hickenlooper’s potential as a national Democratic figure is also hampered by the fact that he isn’t even really considered to be a Democratic leader in Colorado. Hick’s half-hearted backing of Lieutenant Governor Donna Lynne’s bid for Governor won’t earn him any favors from top Colorado Democrats — particularly since Lynne is almost certain to finish fourth in a four-way Primary on Tuesday — and his well-known support for the oil and gas industry won’t earn him any new liberal friends nationwide. Hickenlooper’s carefully-crafted image as a non-partisan politician may have served him well with Colorado voters in 2010 and 2014, but that approach doesn’t translate to building a base of supporters in a Democratic Primary. It also doesn’t help that Hick has increasingly surrounded himself with advisers who have a lot of business experience but strikingly little background in politics of any kind.

Hickenlooper never got far enough in 2016 to be Hillary Clinton’s running mate, but he would have been a favorite to receive some sort of top job in a Democratic administration, and that might be his end-game in 2020. Had Hick tried to move more to the left after the 2016 election this might be a different story. But he didn’t, and it isn’t.