What Would Jesus Do? Jeff Hunt Has No Idea

UPDATE: A statement from faith leaders of the Colorado Governor’s Clergy Council slams the use of Christian liturgy to justify family separations:

Also Thursday, the Colorado Governor’s Clergy Council—comprised of 25 religious leaders in the state—issued a statement calling for further action from Congress to address the separation issue and for other state faith leaders to join them.

“From all different faiths, we can agree that the policy and practice of separating children from their parents is wrong and destructive on a number of levels. To use sacred texts to justify it is even worse,” the council said in a statement. “We encourage faith leaders to speak openly and honestly about these issues in their services over the coming weeks. We hope the faithful will look for opportunities to add their voices to this conversation and reach out to those who respect us in Congress. Our hope and prayer is that our Federal Government will act quickly and decisively to ensure that the most vulnerable are cared for and protected.” 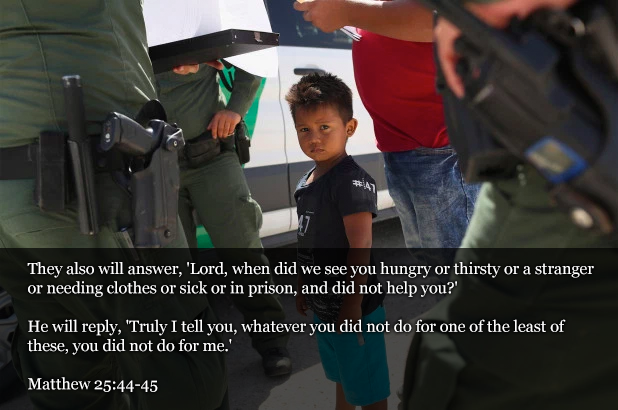 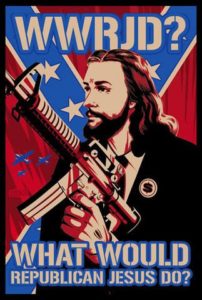 As the Atlantic’s Emma Green reports, some of the strongest criticism of President Donald Trump’s now-rescinded policy of separating undocumented families at the border–though not perhaps Trump personally–has come from his nominal allies on the religious right:

Over the past three weeks, conservative religious leaders have been steadily intensifying their condemnation of President Donald Trump’s “zero-tolerance” policy on the U.S.-Mexico border, including the forced separation of children and parents who illegally migrated to the United States. Groups including the Southern Baptist Convention and the United States Conference of Catholic Bishops released anxious statements about immigration last week. Typically outspoken Trump supporters like Franklin Graham, the son of the famous evangelist Billy Graham and head of the charity Samaritan’s Purse, condemned the separations: During an interview with the Christian Broadcasting Network, Graham said it is “disgraceful—it is terrible to see families ripped apart. And I don’t support that one bit.”

This is an unusual level of public pushback from conservative religious groups and leaders, many of whom have been extremely friendly to the Trump administration: Just as the Southern Baptist Convention passed its call for “immigration reform … maintaining a priority of family unity,” it also welcomed Vice President Mike Pence as a keynote speaker at its annual meeting.

But the volume of the criticism can also be deceiving. Many of the groups that have been most vocal against the border policy are already outspoken Trump skeptics. Among the ranks of Trump’s closest allies—including those who advise him on conservative religious voters—the condemnation has been more tempered.

In the case of Colorado’s foremost Christian conservative advocacy organization, Colorado Christian University’s Centennial Institute, the condemnation has been nonexistent. We haven’t found a single comment from CCU, the organization’s director Jeff Hunt, or anyone else affiliated with the organization. The separation of families at the border has been in the headlines for nearly a month now, but while the Centennial Institute has seen fit to weigh in on everything from abortion to the horrors of occupational licensing (not kidding), they’ve been totally silent on the issue.

In conclusion, the Centennial Institute’s motto is “Faith, Family, Freedom, Future.” But it would appear that in the case of their second F, “Family,” there are…exceptions.

That’s not something we’d want on our conscience on Judgement Day.