What We Learned from Tuesday’s Primary Elections

Eight states held Primary Elections on Tuesday night, including California, the most populous state in the country. There were a few positive developments for Republicans, but for the most part Democrats were the big winners in Tuesday’s elections — results that don’t fit with President Trump’s claims today that a “red wave” is coming.

Here are some of the key storylines from the biggest Primary Election of the year thus far: 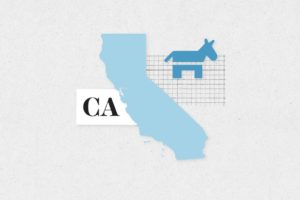 ♦ California has long been a Democratic stronghold, but on Tuesday Democrats outperformed expectations in the state’s unpredictable “top two” primary system (in California the top two vote getters, regardless of political party, advance to the General Election). One Democratic consultant called Tuesday’s results “basically a home run for Democrats.”

Republicans won’t be on the ballot at all in 10 of California’s 53 Congressional races, which gives Democrats a nice head start in efforts to re-take the House Majority this fall. From Politico:

Bolstered by an increasing number of young and Latino voters and by President Donald Trump’s deep unpopularity in California, Democrats this year poured millions of dollars into flipping several suburban, Southern California House districts. For months, though, the party feared a nightmare scenario in which no Democrat would appear on the November ballot in several critical House races — victimized by the state’s top-two primary system in which the top two vote-getters advance to the general election regardless of party affiliation.

But as results from the primary election on Tuesday rolled in, Democrats breathed a loud sigh of relief.

In all seven Republican-held House districts that went for Hillary Clinton in 2016 — and that Democrats are targeting this year — a Democrat was running second as of early Wednesday, likely securing a spot on the November ballot.

Democrats need to flip 23 seats to re-take the House Majority; they could pick up 10 of those seats in California alone. 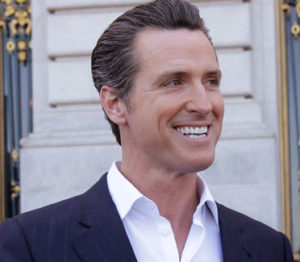 ♦ It looks like we know who will be the next Governor of California, though Republicans did manage to get a candidate into the General Election in John Cox. Since California is a heavily-Democratic state, Cox has little chance of defeating Democratic Lieutenant Governor Gavin Newsom in November. Los Angeles Mayor Antonio Villaraigosa, a Democrat, failed to make the runoff election and has already endorsed Newsom; barring a major surprise, Newsom will succeed Jerry Brown as Governor.

♦ Alabama voters are looking at another ugly Republican runoff after Rep. Martha Roby — a vocal critic of Donald Trump in 2016 — failed to fend off a challenge from former Congressman Bobby Bright.

♦ Democrats flipped their 42nd state legislative seat since Donald Trump was elected President with an eye-opening victory in Missouri. Democrat Lauren Arthur could end up defeating Republican Kevin Corlew for a State Senate seat by 20 points once all ballots are counted. Arthur’s decisive victory comes in a senate district that has recently supported Republican candidates for President (Trump in 2016 and Mitt Romney in 2012).

♦ Republicans will get their preferred candidate in a U.S. Senate race in Montana, but it cost them a lot of money:

State auditor Matt Rosendale, who was endorsed by three conservative US senators and backed by conservative outside groups to the tune of $5.7 million, defeated the state’s political establishment pick, retired Judge Russ Fagg. The primary determined who would take on the incumbent Democrat, Sen. Jon Tester, in a state Trump won by 20 points.

The spending in the primary broke down to about $5.60 per resident and about $8 per registered voter in the state, which has a population of about 1 million.

“We really haven’t seen this level of spending in a primary in any of the cycles I’m aware of,” University of Montana journalism professor Lee Banville said.

The incumbent Senator in Montana is Democrat Jon Tester, who is among the top targets for Republicans in 2018. 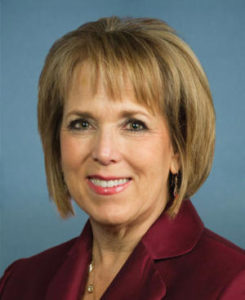 ♦ Tuesday was also a big night for female candidates. From Politico:

Three states — Alabama, Iowa and South Dakota — are poised to elect female governors for the first time this fall after Republican women secured their party nominations. And women will also make important gains in the House after posting key victories in New Mexico, Iowa and New Jersey…

If elected, Lujan Grisham would be the first female Democratic governor of New Mexico and the first Democratic Latina governor nationwide. Current New Mexico Gov. Susana Martinez, a Republican, was the first Latina to hold the statewide executive office in the U.S.

Lujan Grisham is also one of four women of color to secure the Democratic nomination for governor this year, following Stacey Abrams in Georgia, Paulette Jordan in Idaho and Lupe Valdez in Texas, and the most likely to win.

♦ Democrat Pete D’Alessandro finished a distant third in a Democratic Primary for a Congressional seat in Iowa. D’Alessandro was Sen. Bernie Sanders’ top guy in Iowa in the 2016 Presidential race, and his big loss will generate plenty of questions about the viability of another Sanders Presidential bid in 2018.

♦ California judge Aaron Persky was widely criticized for a lenient sentence handed down to a former Stanford swimmer after a sexual assault conviction in 2016, and he’s going to lose his job as a result. Voters ousted Persky in a recall campaign.

♦ Republicans are not doing well in New Jersey.