Caption This Photo: Cory and the General of Siam

Sen. Cory Gardner is in Thailand this week, and here’s photographic proof: 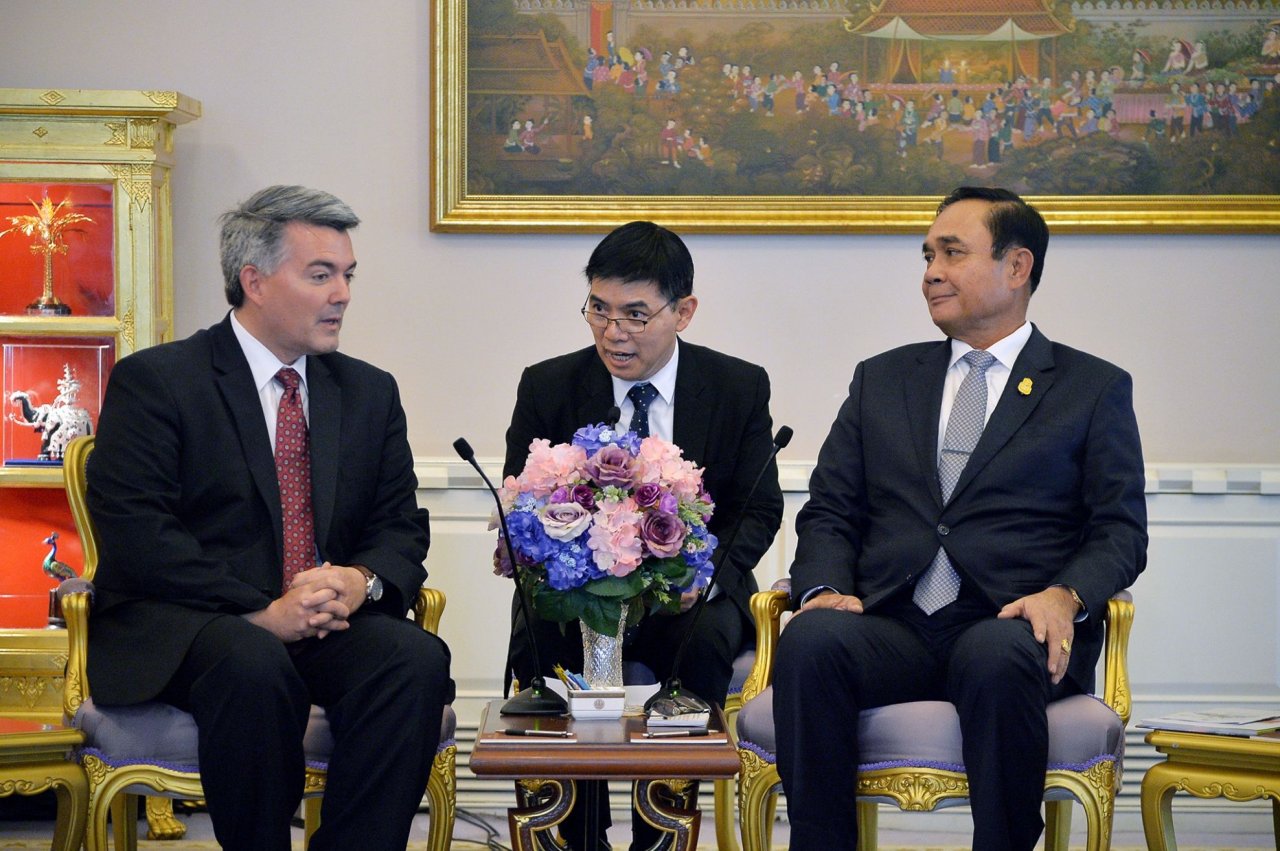 We hadn’t seen any announcement of a foreign junket by Sen. Gardner, but his duties on the Senate Foreign Relations Committee frequently send him to Asia–like last year, when he paid a visit to controversial Filipino strongman Rodrigo Duterte and caught flak for helping legitimize Duterte’s violent crackdowns.

On the upside, the food is really tasty.