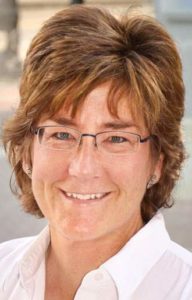 As the Durango Herald reports, an attempt mounted by fringe-right usual suspects in La Plata County to recall county commissioner Gwen Lachelt over wild allegations that boiled down to mundane partisan disagreements has, after a process that seemingly gave recall organizers every chance in the world to collect enough signatures, failed at long last to qualify for the ballot:

On May 2, recall supporters submitted an amended petition with 8,654 signature lines for verification by the Clerk and Recorder’s Office. Parker determined that 1,185 of the signature lines were invalid.

“As a result, the petition appears to be insufficient by 36 signature lines and Parker will not set a recall election,” the county wrote in a news release.

Parker said there is no procedure to appeal of her count within her office, and if recall supporters wanted to challenge her count of valid signatures they would have to file a lawsuit in court.

After the La Plata County clerk determined that the recall campaign was thousands of signatures short of their goal, organizers were given an additional two weeks to collect enough signatures to make the ballot. The second batch turned in left only a small margin for error, and there’s nothing to suggest the clerk’s office erred in their count. The recall campaign saw some early interest and support from Denver conservative consultants and activist groups, but after the first round of signatures came up distantly short the more serious players begged off.

The attempted recall of Lachelt, a term-limited commissioner whose work with conservation groups and support for revised land-use codes sent the local far right into a full-blown UN conspiracy theory freakout, is the second knee-jerk recall attempt in La Plata County to fizzle out without reaching the ballot–the first being the failed attempt to recall then-Rep. Mike McLachlan at the height of the 2013 gun control backlash.