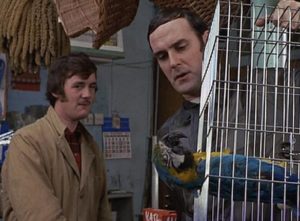 The House Freedom caucus tries to explain why the Farm Bill is “just resting.”

As Politico reports, Republicans still can’t figure out what to do with their majority in Congress:

The bill went down, 198-213, after leaders feverishly tried to flip conservative votes on the floor, even leaving the vote open for a time to try to change opponents’ minds. It is a huge setback to the farm lobby and House Speaker Paul Ryan’s welfare reform agenda. [Pols emphasis]

The vote came after a 48-hour standoff between GOP leadership and members of the Freedom Caucus. The bloc of conservatives held the bill hostage, demanding that the House first vote on controversial immigration legislationin exchange for their support for the sweeping agriculture and nutrition legislation.

“It’s not a fatal blow, it’s just a reorganize,” said Freedom Caucus leader Mark Meadows. “I think at this point we just really need to deal with immigration in an effective way.”

Republicans will no doubt try to find a way to blame Democrats for this latest failure, but history doesn’t support such an argument:

Rejection of the legislation is reminiscent of the last farm bill cycle in 2013, when the House also voted down a conservative version of the legislation, delaying the process for months. Ultimately, the sweeping bill was bailed out by Democrats the following year. [Pols emphasis]

While the farm bill is historically bipartisan legislation, Ryan has backed a Republican-only version this cycle as a way to notch a win on his welfare plan before he retires at the end of the year. House GOP leadership also pitched the bill as a positive messaging tool for the midterms.