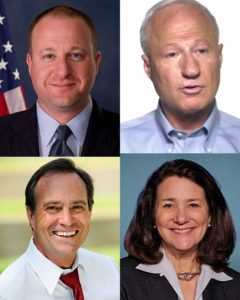 Congress is getting closer and closer to a potential vote on DACA that could lay out a path to citizenship for hundreds of thousands of immigrants who came to the United States as children through no fault of their own.

CNN reported earlier today that House leaders pushing a discharge petition are only a handful of votes away from pressing ‘GO.’ More recently, a report from Talking Points Memo indicates that the votes are in-hand:

House Republican moderates say they have enough support to force a full House vote on legislation to protect undocumented immigrants brought here as children, as tensions between them and House GOP leaders continued to escalate on Thursday.

A coalition of GOP centrists led by Reps. Carlos Curbelo (R-FL) and Jeff Denham (R-CA) are sick and tired of waiting for leaders refusing to move on a fix for the Deferred Action for Childhood Arrivals (DACA) program. And they’re just four GOP signatories away from being able to force a full House vote on a solution, assuming all House Democrats join them in support.

Denham told reporters Thursday afternoon that the Democrats would be publicly coming onboard before the end of the day — and that more Republicans would be signing on “this week.”

“I have more than enough signatures for the discharge petition,” he said.

House Majority Leader Kevin McCarthy is trying to scare Republicans into compliance by telling them that a DACA vote will cost the GOP its House Majority in November. This argument doesn’t appear to be working, as Politico reports; seeing as how there are already dozens of reasons why Republican might lose the House in 2018, singling out DACA as a political bogeyman is a pretty weak arm-twisting maneuver.