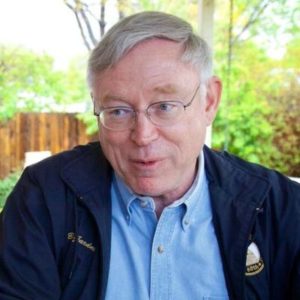 Denver7 reporting on the demise of a bill that many Republicans in the Colorado General Assembly wanted to die–even if they’d rather not admit it, or for that matter talk about it at all:

The sponsor of a bill that aimed to punish Colorado teachers that went on strike pulled the bill ahead of a Senate committee hearing Monday.

Senate Bill 264 was pulled by sponsor Sen. Bob Gardner, R-Colorado Springs, ahead of a hearing Monday in the Senate State, Veterans and Military Affairs committee.

The bill would have prohibited public school teachers from striking by allowing districts to seek injunctions blocking a planned strike.

Should an injunction have been granted under the now-dead measure, teachers could have faced contempt of court charges, which could have led to fines or jail time upon conviction.

With all of the attention focused on teachers in recent weeks as they demonstrate across the nation for better education funding, Sen. Bob Gardner’s bill received national exposure as an example of the kind of legislative malice being proposed against teachers–helping justify the teachers’ protests everywhere in national roundup stories. For a bill that had no realistic chance of passing through the split Colorado legislature, this was a significant public relations backfire. It represents a major misreading of the electorate, whose support for teachers is being reaffirmed in polls as the protests go on:

Just 1 in 4 Americans believe teachers in this country are paid fairly. Nearly two-thirds approve of national teachers’ unions, and three-quarters agree teachers have the right to strike. That last figure includes two-thirds of Republicans, three-quarters of independents and nearly 9 in 10 Democrats. [Pols emphasis]

In 2018, Colorado Republican Senate had made enough political missteps to fill a warehouse–missteps we expect Democrats to utilize to devastating effect in the upcoming elections. Without a doubt this was one of them, perhaps the worst possible answer to teacher rallies that enjoy overwhelming popular support. The 2015 school board recalls in Jefferson County and subsequent swing to the left in school board elections demonstrates clearly the vulnerability of conservative hard-liners on education issues.

This bill is dead, but its mean spirit will live on in infamy.