Democrats on Ballot in Every Major Race in Colorado 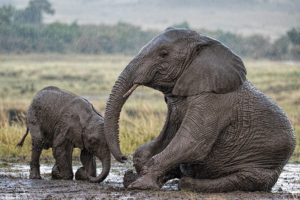 You can’t win a race that you don’t enter.

As Jesse Paul explains today for the Denver Post, Colorado Democrats will have a candidate on the ballot in every major political race in 2018:

Democrats have secured a candidate on the ballot in every 2018 Colorado congressional, statehouse and major statewide race.

The last candidate to make the ballot and fill out the party’s roster was Guinn Unger Jr., a Democrat from Bayfield, who is running for the seat currently held by Sen. Don Coram, R-Montrose. Unger’s signatures were verified by the Colorado Secretary of State’s Office on Thursday.

Before you shrug off this statistic, consider how things look across the political aisle:

The Colorado Republican Party said it doesn’t have candidates in all of the state’s legislative races.

Out of the 65 state House races, the GOP had 35 people running before last weekend’s statewide Republican assembly. At that time, the party also had candidates on the ballot in 13 of of 17 state Senate races.

A spokesperson for the Colorado Republican Party is mentioned in the Post article trying to explain that there are advantages and disadvantages to having candidates on the ballot in every race, but this attempt at spin is transparently-silly nonsense talk. Political parties don’t need to expend resources for every candidate on the ballot, but Republicans would like you to think that it’s some sort of brilliant strategery to not even bother to compete in dozens of races.