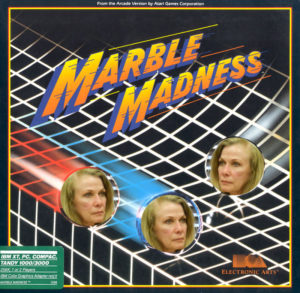 Colorado Sen. Vicki Marble, R-Fort Collins, on Monday was found guilty of ethical violations centering on her role in a public meeting on energy paid for by Extraction Oil and Gas…

The complaint alleged Marble, whose district includes part of Weld County, received a benefit from a public meeting Feb. 15, 2017, at a C.B. & Potts restaurant in Broomfield that was paid for by Extraction Oil and Gas.

The commission also voted to fine Marble $2,242.36, which represents double the cost of the event.

The meeting was billed as giving residents the facts about oil and gas development in Broomfield. Marble’s name was on the invitation, and there was no disclosure that Extraction paid for the event, which fed up to 100 people.

With the possible exception of the recent sexual harassment scandal in the GOP-controlled Colorado Senate, Sen. Marble has supplied that caucus with its worst press of any member for several years running. Marble’s scolding of a Cub Scout during an appearance at a Broomfield scout meeting made national news–and many of those outlets already knew Marble’s name from her previous headlines for blaming health problems among African-Americans on excessive chicken consumption.

Next to those lowlights, a finding by the state’s Independent Ethics Commission against Marble for letting an oil company spend a not-insubstantial amount of money to cover the tab at C.B. & Potts for a “town hall” might seem like small potatoes. But with tensions over the issue of drilling near residential areas running high along the northern Front Range, this ethical breach carries a larger significance.

Beware oil companies bearing gifts–and the politicians who fail to disclose them.