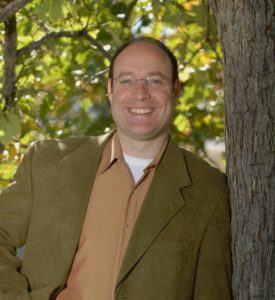 Democratic State Rep. Paul Rosenthal will not be elected for a fourth and final term in November because his name won’t even be on the ballot.

As John Frank reports for the Denver Post, Rosenthal failed the meet the threshold to get his name on the June Primary ballot at Saturday’s HD-9 Democratic assembly:

The three-term incumbent’s defeat is the first in Colorado for an accused lawmaker amid the #MeToo movement.

A sexual harassment complaint prompted a Democratic primary challenge from two women, Ashley Wheeland and Emily Sirota. The allegations played a role in the vote, according to interviews with delegates, along with Rosenthal’s break from liberal activists on homeless and energy issues…

…Rosenthal received only 24.7 percent of the assembly vote, below the 30 percent needed to make the ballot. Wheeland won 39.5 percent and Sirota won 35.8 percent.

It’s easy to Monday-morning quarterback Rosenthal’s downfall as a result of the sexual harassment allegations made against him in recent months — which certainly played a significant role — but poor campaigning and some particularly bad votes in the legislature sealed his fate.

The allegations against Rosenthal contributed heavily to an initial Primary challenge from Emily Sirota, and soon thereafter Ashley Wheeland entered the race herself. Sirota quickly announced several high-profile endorsements and has been raising money at an impressive clip. Wheeland, meanwhile, is a well-known Democrat with strong ties to women’s rights groups (including Planned Parenthood) and the LGBTQ community. Both Sirota and Wheeland are strong candidates, and Rosenthal — who had never faced a serious Republican challenge in this heavily-Democratic House district — was completely unprepared for even token opposition.

Rosenthal didn’t even try to gather signatures to petition his way onto the ballot — a miscalculation that proved fatal to his re-election hopes — and he couldn’t rally support among his Democratic base because of some strange votes. Rosenthal was the deciding vote in 2016 that killed legislation intended to give communities more local control over fracking, and in 2017 he opposed a “Homeless Bill of Rights” measure that was not unpopular with his liberal base.

As Wheeland told Denverite in February, HD-9 is a changing area of Denver where voters are looking for more progressive candidates. In the end, Rosenthal just gave them too many reasons to choose someone else.