Take a look at this picture from Friday’s Denver Post and see how long it takes you to notice the problem. Go ahead, we’ll time you… 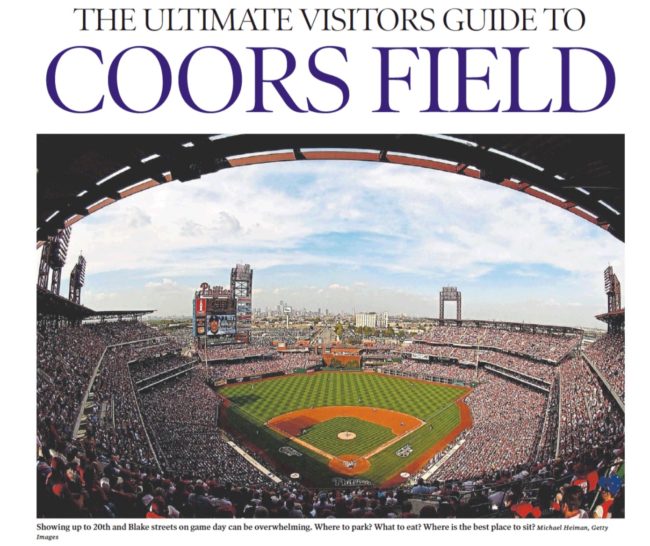 This image brought to you by Alden Global Capital.

This picture is from the front page of the “Life and Culture” section of Friday’s Denver Post as part of a feature story on Coors Field, which is the home of the Colorado Rockies and the location for today’s 2018 Rockies home opener. The problem, of course, is that this is not a photo of Coors Field at all. The half-page photo above is actually a shot of Citizens Bank Park in Philadelphia. The Rockies do occasionally play baseball at Citizens Bank Park, but only for scheduled road games against the Phillies.

This gaffe has picked up national attention (from ESPN, the New York Daily News, and the Philadelphia Inquirer, just to name a few), both before and after the Denver Post tweeted out an apology this morning.

This is absolutely an embarrassing error for the Denver Post, but it is also a vivid example of what happens when an iconic local newspaper is taken over by a hedge fund like Alden Global Capital that seeks only to squeeze every last ounce of profit from the company before letting it wither and die. Just last month, Alden Global Capital mandated another massive round of cuts in the Denver Post newsroom, leaving an almost-skeleton crew of journalists to produce the daily paper.

With such a small staff left to run a major metropolitan newspaper, it’s no surprise that this kind of mistake might happen; it’s a wonder, in fact, that it doesn’t happen more often. As broadcaster Keith Olbermann suggested in a Tweet this morning: #NeverCutCopyEditors.

All Coloradans, including the people who work for the Denver Post, deserve better than this.