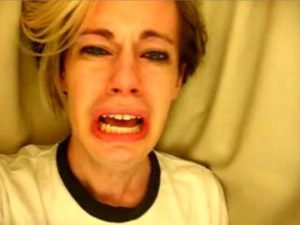 As the Greeley Tribune’s Tyler Silvy reports, Rep. Ken Buck, the former District Attorney for Weld County before being elected to Congress, is tired of all this investigating of our Dear Leader already:

The Greeley Tribune reached out to Buck and Sen. Cory Gardner, R-Colo., in the wake of the firing of former FBI Deputy Director Andrew McCabe, statements from President Donald Trump’s attorney regarding the special counsel investigation and tweets from the president on the same topic…

Buck, a former federal prosecutor, didn’t directly answer whether he ever found things he wasn’t looking for during the course of his investigations. Instead, he said he was never given unlimited resources or unlimited time to investigate someone.

“No federal prosecutor has ever worked on a case like this,” Buck said. “This law is fundamentally flawed. It undermines the integrity of our elections if we’re going to investigate anything a president could have done wrong.” [Pols emphasis]

Rep. Buck seems to forget the expansive prosecutorial discretion enjoyed by the special prosecutor charged by Republicans in Congress to investigate…well, anything they could possibly find or conjure to impugn the integrity of former President Bill Clinton. An investigation that began with real estate deals ended up producing articles of impeachment over oral sex with an intern. The fact remains that crimes committed during the course of an investigation, like perjury and obstruction, are still crimes. By contrast, the investigation into the Trump campaign’s alleged collusion with Russians to win the election has been hewing pretty closely to the original stated scope–and, we might add, fruitfully.

But seriously, folks. If you poll 100 people about whether we should “investigate anything a president could have done wrong,” we’re pretty sure the answer is going to be an enthusiastic yes in about 99% of cases. The only exception to that would most likely be sycophant cronies of the president.