These Conference Calls Could Get Confusing 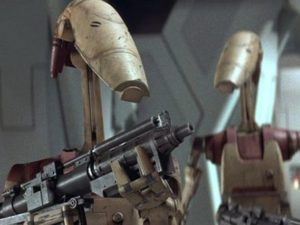 Attorney General Cynthia Coffman is seeking the Republican nomination for Governor, and she’s finally hired herself a campaign staff as she seeks to make it onto the June Primary through the caucus/assembly process. Coffman announced her new campaign team this morning, and we’re still rubbing our necks from the double-take it caused:

L. Roger Hutson, Campaign Chairman
Roger is the President/CEO of HRM Resources III, LLC, a private firm specializing in the acquisition, operation and development of producing oil and gas assets headquartered in Denver, Colorado. In March of 2004, Mr. Hutson was appointed by Gov. Bill Owens to the Colorado School of Mines Board of Trustees and was re-appointed in January 2009 by Gov. Bill Ritter. During his dual terms of service, he served as the Chairman of the Board of Trustees as well as the Chairman of the Finance and Audit Committee. Mr. Hutson is also the past President of the Board of Directors of the Colorado Oil and Gas Association, and currently serves as an active member of the board. In 2011, Gov. John Hickenlooper appointed Mr. Hutson to the Colorado Limited Gaming Commission which oversees Colorado’s casino operations, and he presently acts as the Chairman of the Commission…

…Roger D. Hudson, Chief of Communications – Roger D. Hudson is the principal media consultant, political strategist, and legislative advocate for both The Hudson Firm, LLC and THE LOBBY, LLC. With more than 25 years as an award-winning journalist, Hudson has managed major market newsrooms in San Francisco, Sacramento, and Houston. As a Republican campaign strategist, Roger was chief of communications for Bob Beauprez’s gubernatorial primary win in 2014. He has also acted as spokesperson for the Colorado Republican Party in 2017. He has also acted as the chief of communications for high profile state agencies the Colorado Department of Corrections and the Department of Law under Attorney General Cynthia H. Coffman.

If your name contains any variation of Roger and Hudson/Hutson, you should probably send in a job application on the double.