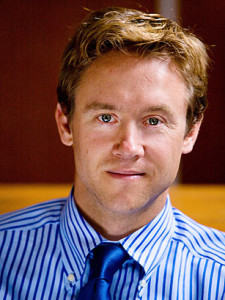 Chalkbeat Colorado’s Melanie Asmar reports on a court ruling this week that went against public school teachers and in favor of Denver Public Schools administrators enforcing a landmark 2010 “teacher effectiveness” law that has split Democrats for years–and remains a thorny issue during the ongoing Democratic gubernatorial primary:

The Colorado Supreme Court ruled against the educators, who sued Denver Public Schools in 2014 alleging that the state’s largest district violated their rights to due process. Some of the teachers had lost their positions in schools and failed to get re-hired by a principal within a set period of time, which led the district to put them on unpaid leave — a move the teachers argued amounted to getting rid of them without cause or a hearing.

The district argued it was simply following a 2010 state law, known as Senate Bill 191, that changed the rules for teacher evaluations and assignments. The law allows teachers who lose their positions because of circumstances such as student enrollment declines to be put on unpaid leave if they don’t find new positions within 12 months or two hiring cycles.

The Colorado Education Association voiced its displeasure in a strongly-worded statement:

Colorado educators are very disappointed by this pair of unreasonable decisions that strip away rights of experienced educators at the expense of our students’ success. It’s baffling that during a time of teacher shortage, when we know teacher pay and working conditions do not stack up to the demands of the profession, that our courts would discard employee due process rights that provide teachers a small measure of protection against arbitrary actions. Today’s decisions sweeps those protections away to the detriment of our schools and the students they serve.

The proponents of Senate Bill 191 explicitly asserted that they were not repealing the due process rights of experienced teachers, yet that is what the Court decided to do today. The CEA will take our fight for teachers due process rights back to the legislature to fix an education system that continues to operate with serious flaws to the detriment of our schools and students. We need to keep the focus of evaluation where it belongs – improving the professional practice of teachers and the public education experience for Colorado children. Colorado’s well-documented teacher shortage has causes rooted in economics; however, we can’t ignore the consequences of SB-191 in draining teacher morale and agitating career dissatisfaction. [Pols emphasis]

But who else had something to say about yesterday’s ruling, you ask?

Gubernatorial candidate Mike Johnston, a former educator and state senator who sponsored Senate Bill 191, said in a statement that “we all share the same goal: to do what’s right for Colorado’s kids.”

“With today’s decision,” Johnston said, “we can move forward in that spirit and work together to improve achievement for students across the state.”

Mike Johnston was backed up in Asmar’s story by Ready Colorado, a conservative education policy organization described as “small group of well-established Colorado Republicans…aiming to make education reform a top priority for the GOP again.” While the chicken/egg order of origination isn’t clear, Johnston’s “teacher effectiveness” bill is now model language at the conservative American Legislative Exchange Council (ALEC) for use by conservative lawmakers in other states. At the same time, SB-191 has been widely blamed for contributing the shortage of teachers in Colorado–and also for driving out qualified instructors who simply don’t want to have their intelligence insulted.

With all of this in mind, what you have here is a “victory” that Johnston won’t be celebrating–at least not during a Democratic primary. Arguably Johnston’s biggest achievement in the Colorado General Assembly, there’s little to suggest eight years later that this legislation has done anything other than increase enmity between teachers and administrators and turn qualified candidates away from the profession.