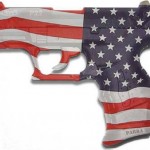 “The hardest thing I’ve ever had to do as governor is try to console a parent who has lost a child,” said Scott, surrounded by families of the victims.

A controversial part of the new law is known as the Coach Aaron Feis Guardian Program, which arms some teachers if both the local school district and local sheriff’s department agree. The provision is named after the coach who shielded students with his own body and died in last month’s shooting.

Scott had been wavering on signing the legislation because of his concern about the provision for arming teachers and other school support staff. In announcing his decision to sign the bill, Scott said that arming teachers will not be mandatory and local school districts will be able to make their own decisions in that regard.