Leader Pelosi Throws Down For DREAMers

UPDATE: Multiple outlets reporting this is now the longest floor speech in the history of the U.S. House: 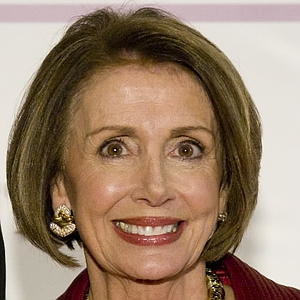 A widely-reported deal on a short term funding resolution to stave off a government shutdown as early as tomorrow night is in jeopardy this hour as House Democrats led by Minority Leader Nancy Pelosi revolt over the lack of a solution for undocumented immigrants who came to the country as children–an issue on which Democrats lost out three weeks ago as they relented on forcing a shutdown, but appear to be once again rallying around today:

So what’s this all about? Pelosi started her speech announcing that she opposes the bipartisan Senate spending deal because it doesn’t include a permanent solution for undocumented immigrants affected by the Deferred Action for Childhood Arrivals program…

House Democrats will likely spend the next 24 hours pushing to get a commitment from House Speaker Paul Ryan on floor consideration of DACA bills.

The deal will require Democratic support to pass the House, so the House Democratic leader’s comments make the plan’s future unclear.

It’s unknown as of now how this will end up, but Pelosi is doing everything the leader of the minority can do in this situation. Because some amount of Democratic support will be needed to pass the continuing resolution Democrats have the leverage to make a stand at this moment. Politically, a show of force on behalf of DACA kids will serve Democrats far better than the ignominious end of the last shutdown fight.

This is a nice way of saying that fellow Democrats would be well served to shake off their timidity and join her on the floor.

Rep. Mike Coffman too, but anybody holding their breath for that is hopelessly naïve.