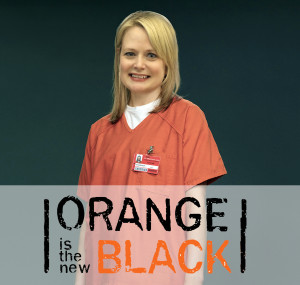 CBS4’s Melissa Garcia reports on a decision by Attorney General Cynthia Coffman that embroils her in a thorny prosecutorial ethics issue at a time when that may or may not help her politically in her bid for the GOP gubernatorial nomination:

Colorado Attorney General Cynthia Coffman announced late Friday her decision to oppose awarding nearly $2 million to a Denver man who was wrongfully convicted of a brutal rape and beating.

Clarence Moses-EL, 62, spent nearly three decades in prison for the 1987 attack of a woman who lived in his neighborhood.

In a 2016 re-trial, the jury found Moses-EL not guilty of the crimes.

Awarding Moses-EL with the compensation money provided for on the Colorado Exoneration Act, passed in 2013, requires the Attorney General’s approval, along with that of the prosecuting District Attorney.

So here’s the deal with Clarence Moses-EL’s case as we understand it, in part based on excellent long-running journalism about the case by Susan Greene of the Colorado Independent. In 1987, a woman was sexually assaulted in Denver, and claimed to have identified Clarence Moses-EL “in a dream” several days later as her attacker. No physical evidence linking Moses-EL to the crime was ever produced, and DNA evidence in the case was improperly disposed of by authorities. Another man even confessed to the crime before recanting. The combination of these unusual circumstances led to Moses-EL’s conviction being thrown out, and he was acquitted after a second trial for which the former Denver DA was heavily criticized for pursuing.

The new Denver DA Beth McCann did not join Attorney General Cynthia Coffman in filing a brief in opposition to Moses-EL’s request for compensation under the 2013 law providing some $70,000 per year for the wrongly imprisoned. Given the previous DA’s repeated prosecution of Moses-EL, this can be viewed as a considerable shift that we suspect wasn’t an easy sell to the staff. Nonetheless her failure to advocate on Moses-EL’s behalf is a bitter disappointment to her supporters after the issue factored heavily in her election.

But in the upcoming battle to award Clarence Moses-EL just compensation, it’s gubernatorial candidate Cynthia Coffman who will take the brunt of the controversy after having actively opposed his request. Outside the legalistic lens that prosecutors examine such cases through, the moral conclusion in this case seems unambiguous–and outside a fairly small segment of cynical and/or racist voters, we don’t see depriving this man of rightful compensation after decades behind bars selling well politically.

Except when you consider that “a small segment of cynical and/or racist voters” could accurately describe the GOP primary electorate! We’re pretty sure Cynthia Coffman knows that, and knows her feints to the left on issues like abortion are poisonous in a Republican primary. After suffering in prison to protect the Denver DA office’s reputation, a man acquitted after nearly 30 years behind bars might suffer still more–this time in the service of Cynthia Coffman’s political aspirations.

And that’s a big problem. Or at least it should be.