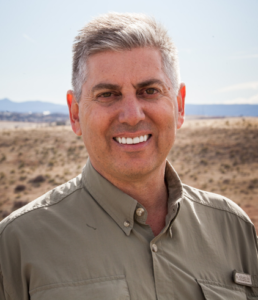 The Colorado Hispanic Republicans hosted a forum for GOP candidates for Governor on Wednesday in Westminster, and while frontrunners Walker Stapleton and Tom Tancredo did not participate, there were several noteworthy moments (Stapleton was never confirmed for the event; Tancredo was apparently absent because of the flu). Republican candidates in attendance included Victor Mitchell, Cynthia Coffman, Mitt Romney’s Nephew, Greg Lopez, and Steve Barlock.

We’re not going to bother writing about anything that Lopez, Barlock or Mitt’s Nephew had to say, because nobody cares. Instead, we’ll focus on some of the comments from Mitchell and Coffman (Mitchell won the Hispanic Republican straw poll, BTW). Let’s get started…

One of the highlights of the evening came early in the forum after a question about reforming PERA (the Public Employees Retirement Association). Check out what Victor Mitchell had to say in response to a question about whether or not PERA faces a crisis and what policy steps should/could be taken (around the 50 minute mark):

VICTOR MITCHELL: So, I’m going to have to respectfully disagree. I don’t think PERA is in crisis – I think PERA is challenged. [Pols emphasis] And it’s a serious problem facing our state…

…If they got a zero rate of return for the next 16 years, they could meet all of their current beneficiary benefits…

…This all can be fixed, statutorily. That’s the good news. I’ve put forward a very specific plan to reform PERA. First and foremost, the beneficiaries will be untouched. The people who are about to retire within the last 10 years and are currently receiving their last 3 year average benefits, we’re going to change that to the last 10 years. And then for people who have less than 10 years of state service, we’re going to change them to a 401k-like defined-benefit plan.

This is a very significant point from Mitchell – that PERA is not in crisis – because it is a clear break from what Republican lawmakers and other top officials have been saying recently. This is also an obvious attempt by Mitchell at differentiating himself from Stapleton, who has staked his political career on his general opposition to PERA’s funding mechanisms. Mitchell needs to find opportunities to stand out from the other top Republican candidates, and it is a smart strategy to appear as more of a defender for the 100,000 or so PERA beneficiaries in Colorado and the tens of thousands of people who are counting on future PERA benefits for their retirement years. There are a sizable number of voters worried about PERA who could make a difference in a Republican Primary for Mitchell.

Moving along to the 1:24:00 mark, here’s Coffman talking about her frustration with so-called “sanctuary cities” and the lack of progress on immigration policy in Congress:

CYNTHIA COFFMAN: If I sound frustrated, imagine how President Trump feels every night when he lays his head down on his pillow and waits for Congress to do something about immigration reform.

At about the 1:31:00 mark, Mitchell gets to answer a question about higher education. He starts off well, but then…this:

VICTOR MITCHELL: You want to change a kid who is at-risk? You take them out of high school, you get them into college and remediate them and get them a degree in electrical engineering or physics. [Pols emphasis] Day one, they’re making $80,000 a year or sometimes even higher. It takes a kid from a poor environment immediately into the middle class. It changes their lives. It also gives them a foundation to do more with their life – to think bigger, and bolder, most especially with young girls. We are hardly graduating any young girls. My plan – I’m going to triple the amount of STEM graduates. I’m also going to take on the cost of student housing, which is about a third of the cost of sending a kid to college.

Let’s repeat: The way to help at-risk kids in high school is to just advance them to college and make them earn a degree in electrical engineering or physics. We’re guessing Mitchell hasn’t met a lot of “at-risk kids” in his life.

Let’s jump ahead now to the 1:54:00 mark, where Mitchell makes the case that he will not be beholden to special interests if elected:

VICTOR MITCHELL: I’m a friend of the oil and gas industry, but you know, when they came to me and wanted to donate money, you know what I told them? To take their money and shove it. I’m not taking any special interest money whatsoever.

We understand the point he’s trying to make here, but it’s still funny to say that you told “friends” to “take their money and shove it.”

Moving ahead to the 2:07:00 mark, we find Cynthia Coffman once again expressing relief that Donald Trump is President. This is interesting because Coffman tends to vacillate on expressing support for Trump with telling reporters that Colorado voters actually wish Hillary Clinton had been elected President.

CYNTHIA COFFMAN: I don’t worry nearly so much about federal overreach…as much as I did during the Obama administration…We are in a much better position with a Republican President, in President Trump, so that is a great relief.

And, finally, at around the 2:14:00 mark, we find Coffman saying that being onstage as a female candidate for Governor is “a pop of color.”

CYNTHIA COFFMAN: I love this question of what makes me unique among other candidates. I am the pop of color on stage. Being a woman is obviously significant because I am the only woman candidate for the Republican Party. But it is certainly not the most important thing about my or my candidacy.

And there you have it.